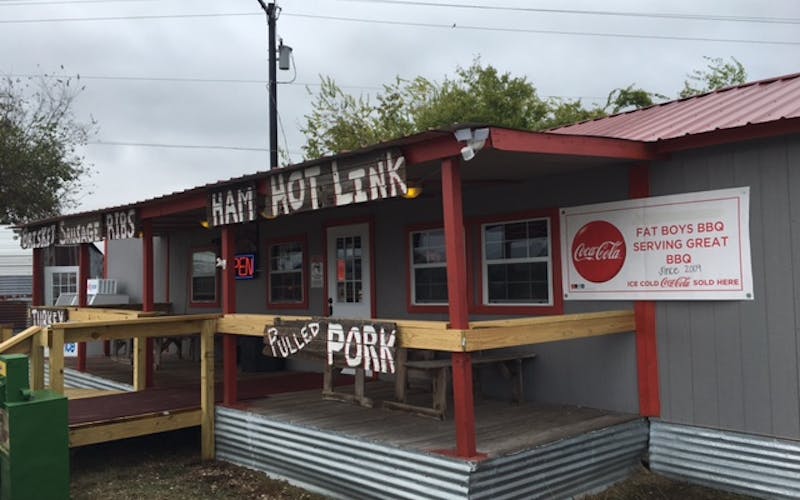 The ribs were tender, but they were hard to enjoy because of the strong flavor of creosote on the surface. Slices of turkey were better, but only because the the blackened edges could easily be cut away. Surprisingly, the brisket didn’t suffer from the same issue. Fatboy’s smokes prime briskets, and the grade of meat makes a difference. Slices from the fatty end were juicy, well seasoned, and had a more balanced smokiness than other meats.

Sides of pinto beans and potato salad were both good versions of classic recipes. One unique side option Fatboy’s serves is the whole ear of deep-fried corn. It had a nice spiciness, but held on to plenty of its frying oil. A variety of small cheesecakes were on display, but we went for a generous serving of the fluffy banana pudding; we weren’t disappointed.

Method: Hickory and oak in an indirect heat pit