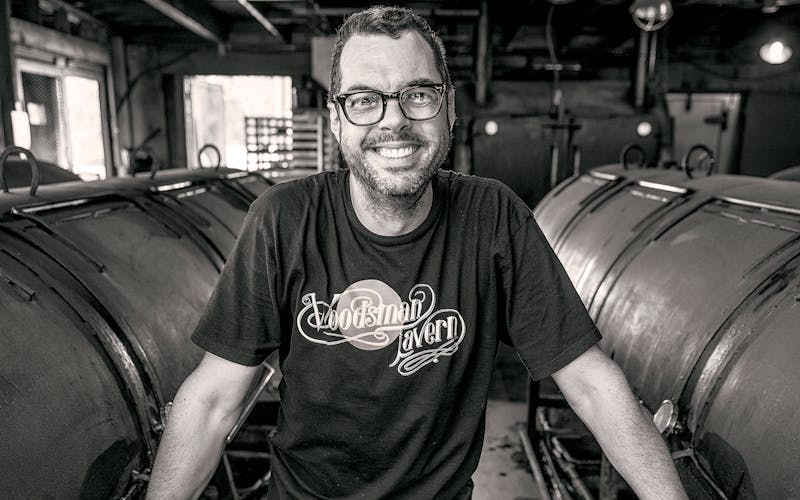 The ebony-hued bark on the fatty brisket is heavy with pepper and beyond caramelized. The glossy pork ribs are a thing of beauty. The sweet, pink pulled pork could star in a holiday picnic. As for the homemade sides—classic potato salad, slaw, and pinto beans—tradition rules. Same with desserts (individual pies such as pecan and key lime), baked by a local purveyor. After twelve years in business, Franklin Barbecue still has the magic, thanks to fanatical smoke master Aaron Franklin, who doesn’t really cook much anymore but supervises all smoking operations. The charismatic native Texan made his mark on the Austin scene in 2009, achieving rock-star status and inspiring young, urban would-be pitmasters statewide. So popular was his little joint that three-hour waits in line were routine. In 2013 and 2017, it captured the number one and number two spots, respectively, on our Top 50 list. But even as the Franklin phenomenon continued unabated—he wrote two cookbooks, won a James Beard Award, and helped start an Austin food and music festival—the newcomers were busy introducing novel dishes, drawing inspiration from far afield, and becoming agents of change themselves. Franklin’s drop into the bottom half of our top ten isn’t a sign that the beloved establishment has diminished—no one does the traditional barbecue lineup better. But it is a sign that the new wave is reshaping the scene in ways we couldn’t have imagined a few short years ago.

Pro-tip: Because of the pandemic, the dining room has been closed, though it’s due to reopen soon. For now, preorder online (days or even weeks ahead is recommended), drive up at your designated time, check in, and park. The wait is thirty minutes max.