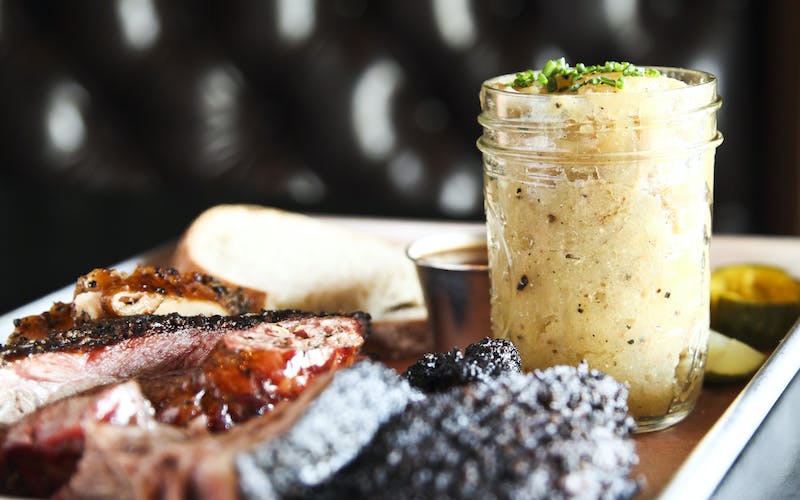 Thick slices of pork belly were silky tender, but the heavy rub could be a little less sweet and the smoke flavor could be more developed. The spare ribs had plenty of smoke. The black bark held juicy meat beneath. The bits came away from the bone nicely, but again, the rub was a bit heavy. The made-in-house sausage was also very good. The links were juicy and well made with a great snappy casing. The seasoning was reserved, but it’s still a solid link with plenty of peppery flavor.