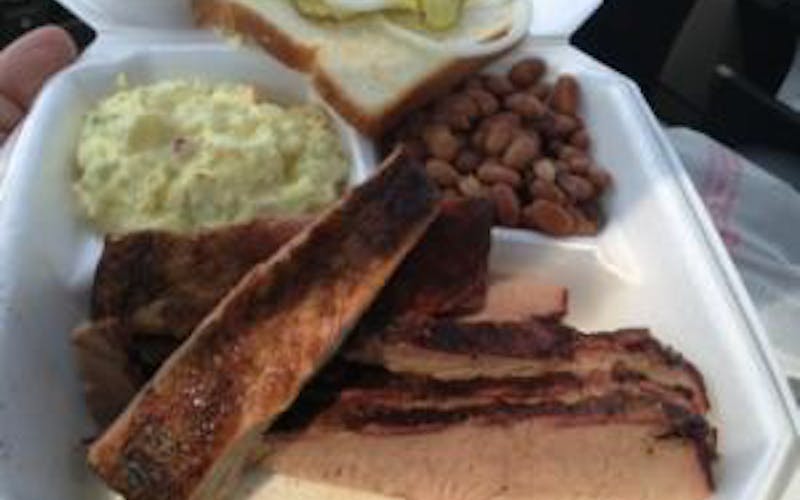 The box contained the most thoroughly average Texas barbecue meal we’ve had in recent memory. This isn’t an admonition. The cost for this large meal and dessert had barely slipped into double digits. This was a portrait of the middle ground in Texas barbecue. The brisket didn’t shimmer like a thick slice of La Barbecue beef, nor was it too dry. It had been smoked with all wood thankfully, but the fire was putting out some acrid smoke. The meat needed the sauce (which came from a bottle) to cover the smoke a bit rather than provide some additional flavors. The ribs were better than what we’d get at most chain barbecue concepts, but the meat was overcooked and under-seasoned. There was nothing markedly bad about these ribs, but little that was memorable.