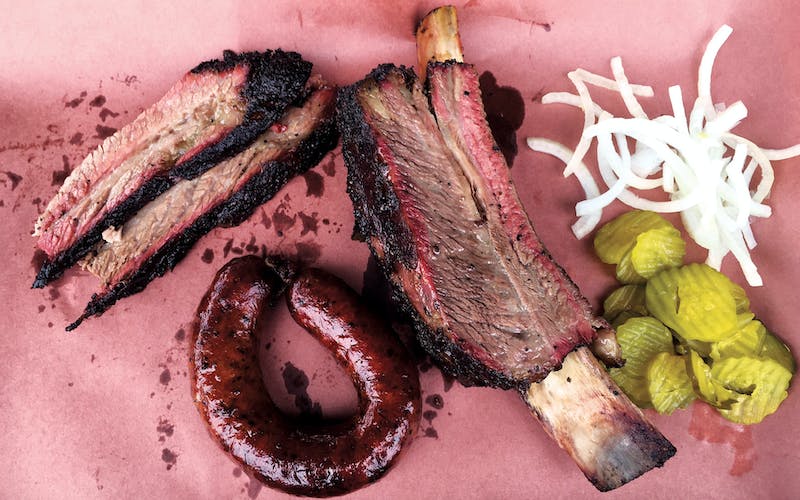 A lot has changed since this stalwart joint made our 2017 list. The old trailer has been replaced by a large building, a shiplap-and-corrugated-metal affair with tons of natural light. What hasn’t changed is the brisket, which, with its understated bark adding a rich depth to the flavor, continues to stand out, even in the meaty mecca along this stretch of the I-35 corridor. In fact, Hays Co. has made some improvements: the pork ribs are now a perfect balance of sweet and peppery, and there’s a selection of frozen mixed drinks, including the Hays Co. Raspa, a boozy slushy of Big Red and rum. Who knew barbecue and Big Red could get any better?

Pro-tip: Save some room for the juicy pork chop and the green-chile mac.