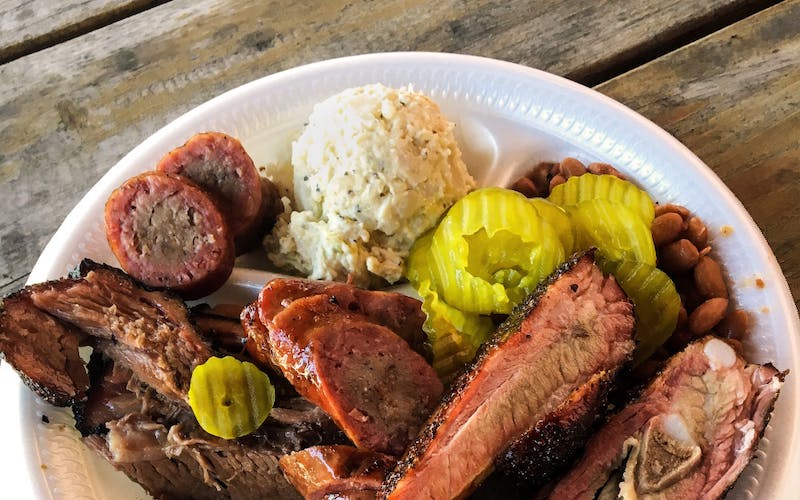 Rotisserie or not, this is good brisket. The thick slices had a black crust, and plenty of good fat left on. It was well-seasoned and moist, but cut a bit sloppily. Besides the heavy smoke, the ribs were very good, if a bit toothsome. The peppery bark provided some good heat without being overwhelming. That same peppery rub also graced the juicy pork loin. It went particularly well with the homemade sauce. This thin tomato-based sauce wasn’t too sweet with a nice acidic kick. It was so good it was drinkable.

Method: Mesquite in an indirect-heat pit and a gas-fired rotisserie