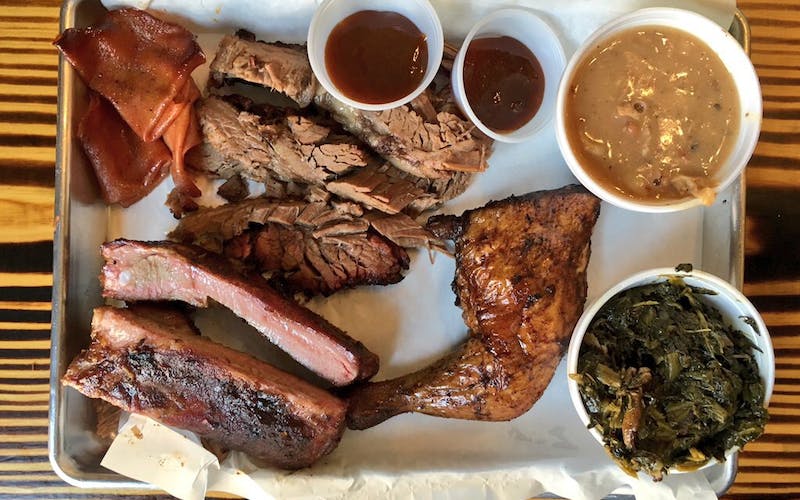 Intrinsic Smokehouse & Brewery has great brisket to go along with all that great beer, or vice-versa. On its own, I’d suggest the TARA smoked lager, but with the barbecue I was partial to the Fruit Cup, a crisp and refreshing grapefruit ale. As for the barbecue, most of the menu satisfies.  Brisket slices from the flat and the point are juicy, tender, and smoky. Sweet St. Louis ribs have also been impressive, if a little on the thin side. And while the smokiness of the smoked chicken has varied a bit, it has always been juicy. With Intrinsic, Garland now has a sit-down barbecue joint where all the edges are sanded smooth, and the menu is wide enough to find a good pairing for all those great beers.

Method: Oak in a wood-fired rotisserie