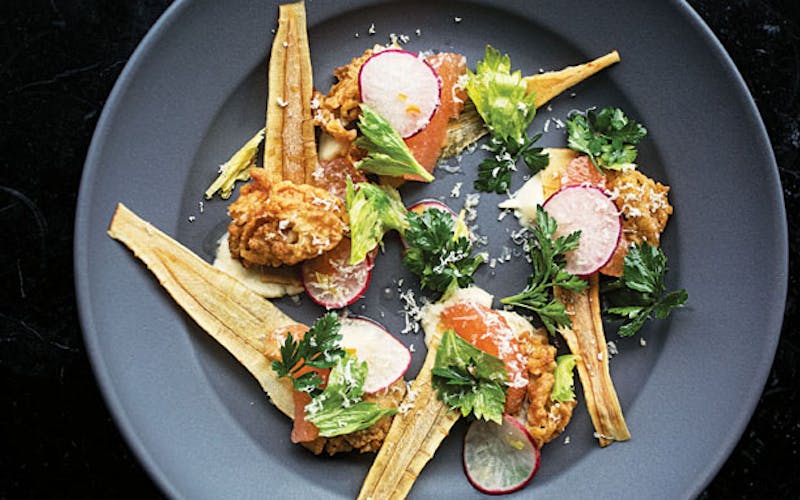 When we want to be coddled, there are few places we would rather be than in the banquettes near the open kitchen and the wood-burning fire. Sure, the food is predictable, but the genial server using a crumber after you’ve devoured a flaky popover feels thoughtful, not formal. The crispy fried oysters, served on a bed of creamed leeks, are still on the menu, and the truffle-topped deviled eggs are bliss. We are no longer in shock at the à la carte steak prices, but we’re still delighted by the Gulf redfish presented in a parchment package with little turnips and meaty mushrooms in a light basil-infused broth. A filet of halibut was lovely but a bit boring (although a side dish of roasted broccolini added garlicky punch, and fluffy pureed potatoes were a divine sort of pablum). The soufflés were sold out by the time we were thinking of dessert, so we settled for scoops of the nutty toasted-oatmeal ice cream and the gratis house-made pâte de fruits to end the dreamy meal on a sweet note.