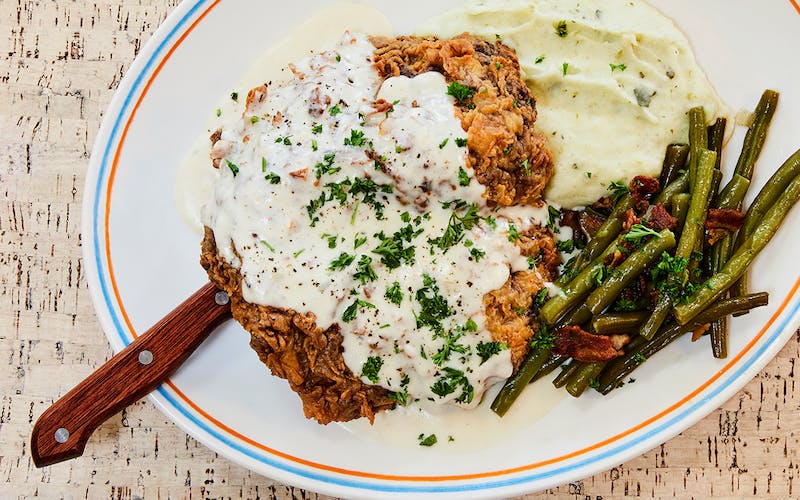 If anything defines Austin’s cool patio-culture aesthetic, it’s the House of Lambert, with hotelier Liz and chef Lou (her brother) as the heads of the family. It is Liz and Lou’s mother who is the eponymous Joann, memorialized in a motif of lipstick-kissed dishware in a blue-red hue (perhaps Revlon Fire & Ice) and a menu of vaguely diner dishes evocative of the West Texas of their youth. In partnership with Austin’s other house of style, the McGuire Moorman Hospitality group, no detail has been overlooked in the transition of the space that serves as the coffee shop for the renovated Austin Motel (also of the Lambert empire). The all-day kitchen gently shifts from breakfast tacos and chicken-fried steak served with perfect shreds of hash browns to on-point green chile chicken enchiladas dolloped with sour cream and cocktails made with watermelon agua fresca and inky fuchsia-colored beet juice. An octopus and shrimp ceviche topped with a heavy dusting of crunchy black chia seeds is not likely inspired by Joann, but we think she would appreciate the effortless style of the plate. Only thing that makes us cringe? The $32 chicken-fried steak dinner.