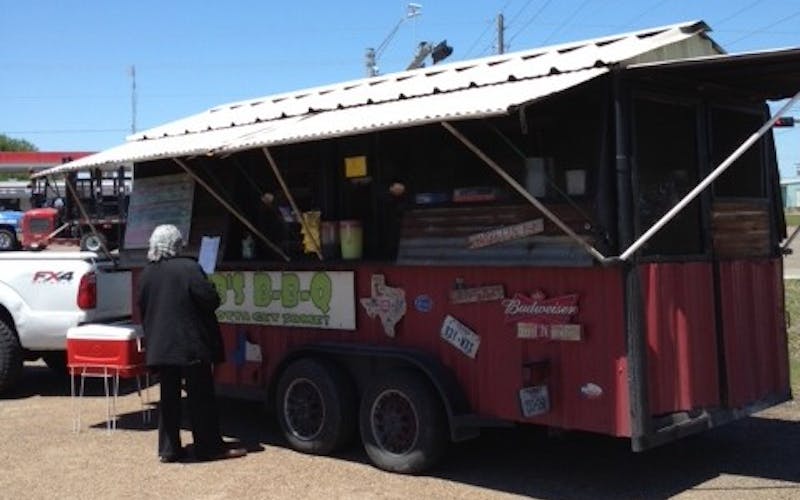 KB’s brisket is wildly smoky. The two lean slices had about an eighth-of-an-inch rosy-red smoke ring capped by a thinnish mahogany crust. The crust is not “bark” exactly, because it wasn’t that thick and it didn’t dominate the experience, but it had plenty of flavor and the close-textured meat was tender, if not exactly falling apart. The russet-hued ribs, unlike the brisket, were enrobed in a midnight-black bark and had a highly seasoned, almost hammy quality. They were compelling, as was the pale, tender, almost sweet pork chop, speckled deliciously with black pepper and bearing the remnants of  Cajun rub on the outside.