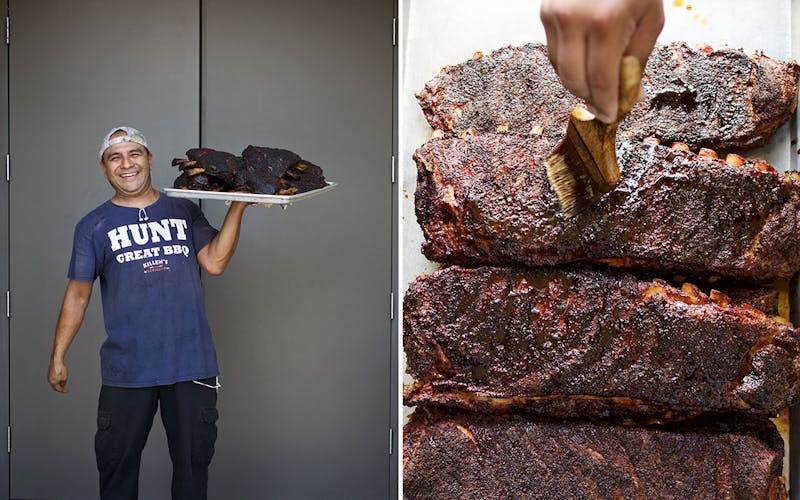 Nearly four years after Killen’s opened its doors, it’s still going strong, with a line of hungry eaters waiting for its 11 a.m. weekday opening. Our turn at the ordering counter came just as a monstrously large slab of brisket was plopped down on the carving board, a sight (and aroma) to behold, with its blackened, crusty rub ready to conjoin with one of the three barbecue sauces (coffee, sweet, and tangy). The meat all but falls off the pork ribs, adorned with a just-right outer crust. Sides are a must, especially the creamed corn with butter, which is to die for—or die from, if you overdo it.