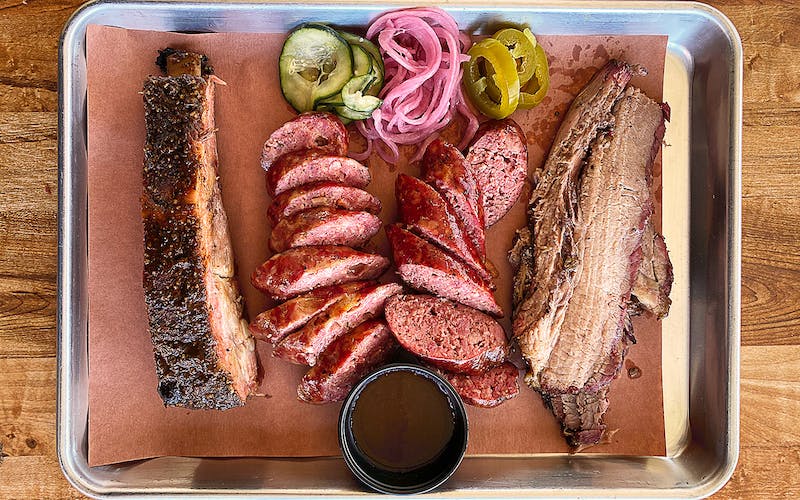 When Lupe and Christine Nevarez and their children opened this place two years ago, their daughter Kelli was a teacher who helped out part-time. Today she’s the full-time pitmaster, cranking out tender brisket, excellent house-made sausage, and massive pork spareribs covered in a house-made glaze that contains Big Red syrup. Christine now runs the family’s second location, in Bay City, and she still makes the specialty tamales: masa filled with brisket and pulled pork, wrapped in a butcher-paper “husk,” and smoked until firm. Lupe describes them as “our Mexican heritage going to the Hill Country.” The same could be said of the smoked pork belly tacos served on blue corn tortillas, and both are reason enough to visit this little joint on the Texas coast.

Pro-tip: Don’t be alarmed: the creamed corn is green because pureed fresh jalapeños are added to it.