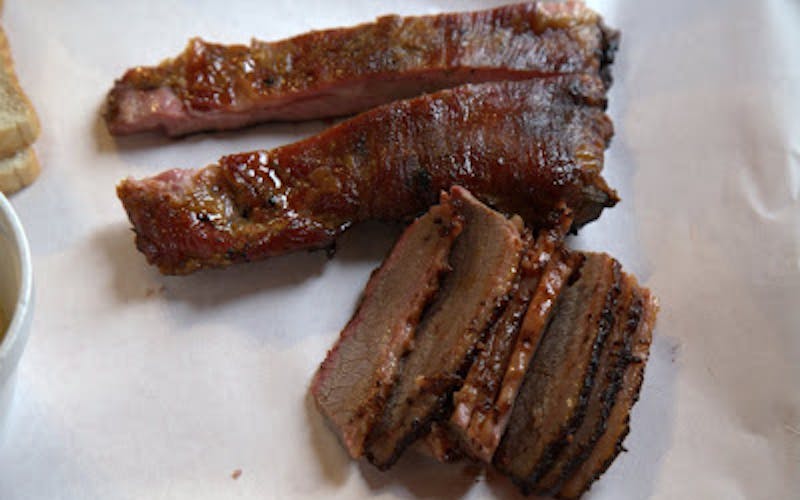 This meat has deep smoke, and perfect meaty texture. The silky soft fat had sucked up any remaining smoke that the brisket missed for an otherworldly flavor. The rub was ingredient laden, but salt and sugar are high on the list, keeping the surface from gumming up. Tender but meaty ribs had the same rub flavor, but with more punch (maybe from MSG). Either way, it was a stellar combo.

We can say without hyperbole or any self-doubt that this was the finest smoked chicken thigh we have ever consumed. This thigh had a perfectly paper-thin crispy skin that came away cleanly with every bite through the lusciously moist and tender meat. Smoked chicken is not something we’re used to gushing about, but this was poultry nirvana.