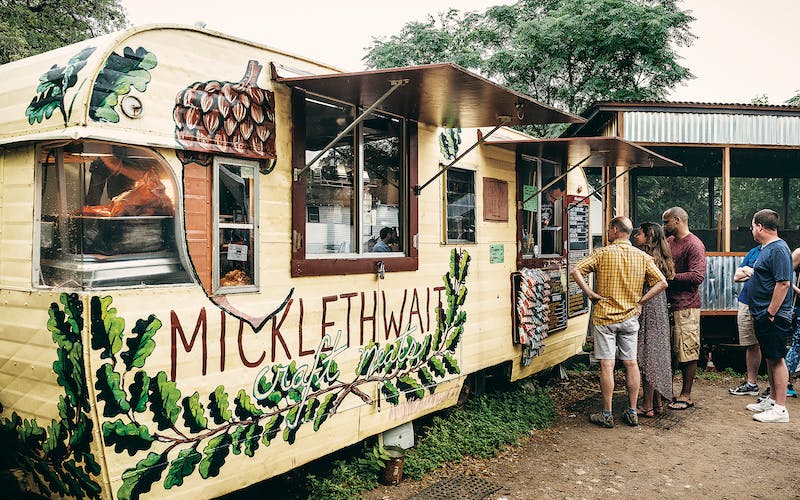 The cheerful yellow Micklethwait food truck boasts a prime location with a covered seating area in East Austin, just off I-35, where it serves up tasty pork ribs, snappy Tex-Czech sausage, a juicy half chicken, and moist brisket with an impeccable crust. True to its name, the quaint truck gets crafty and has been known to dabble in other meats, such as the delicious pulled lamb. The hulking beef rib will run you $35 a pound. Don’t overlook the scratch-made sides, such as the refreshing lemon poppy slaw and the citrus-beet salad.