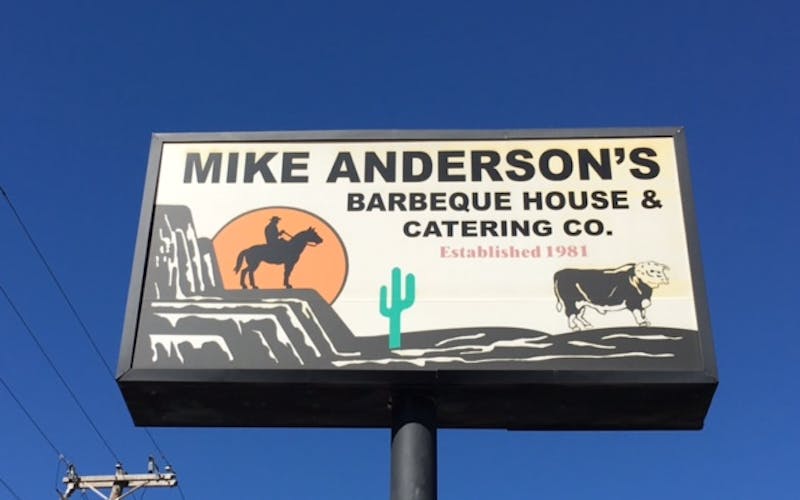 Mike Anderson Jr. runs one of the most popular barbecue lunch spots in Dallas. He uses fresh-cut hickory wood in rotisserie smokers. These smokers are well suited for pork ribs, a popular dish here—and for good reason. He uses two-and-three-quarter and down St. Louis ribs, which means each rack weighs less than two-and-three-quarter pounds. They’re meaty, smoky, and just a little sweet. The come off the bone nicely, and don’t need any sauce.

Our favorite menu items are one you might not even notice. At $3 a piece you can get brisket-stuffed jalapeños wrapped in bacon, or a half quail in bacon. Get both. They look similar, but look for the tiny quail leg sticking out the top instead of the jalapeño stem if you want to tell them apart. The best part about them is the crisp bacon that surrounds the whole package.