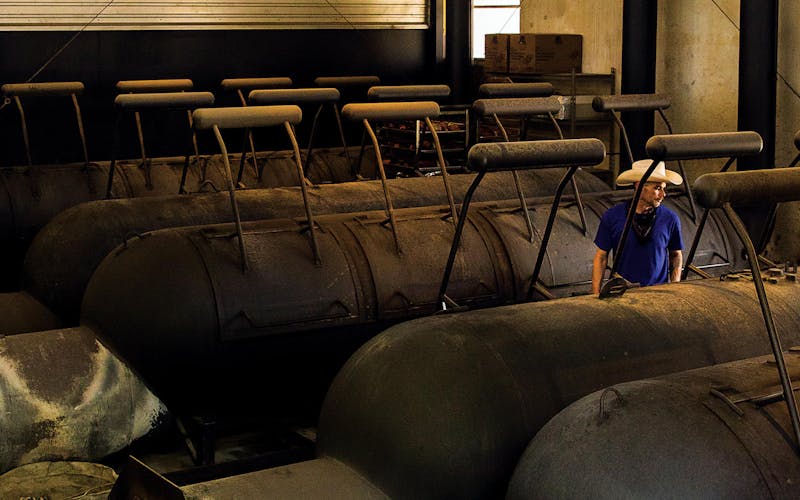 Miller’s Smokehouse sits right at the crossroads of old-school and new-school Texas barbecue. The restaurant—a sleekly renovated building—looks at first like just another iteration of trendy food-concept design, with its concrete floors and exposed ductwork. But Miller’s represents decades of slow growth. Its first briskets, in true Central Texas style, were cooked in a small smoker in the alley beside the family’s taxidermy shop, and the pies still come mostly from family recipes baked by the matriarch, “Momma” Miller, and her team. The meat, however, is the true testament to old-school barbecue cred. There are a handful of departures from the Texas trinity, but the brisket is the star, with a nice black crust that gives way to fat that’s been rendered almost to butter.

Pro-tip: Breakfast tacos and sandwiches are served each morning from 7:30 to 10:55. Try them with the excellent coffee, available all day long.