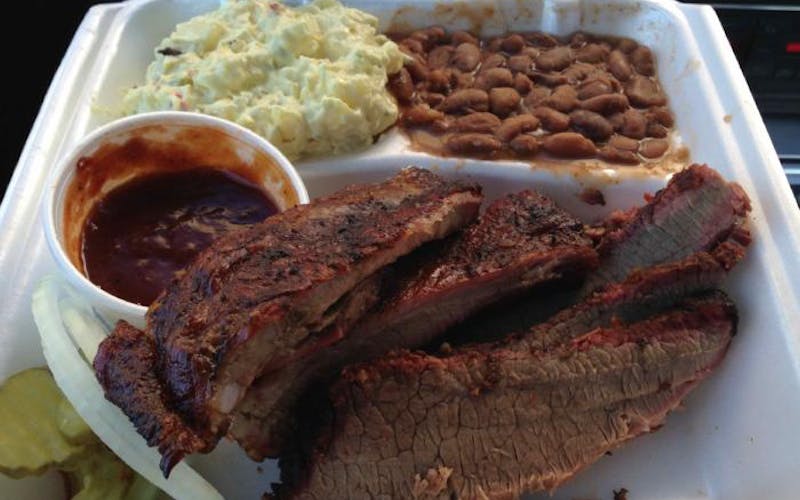 “The Chop,” a behemoth pork chop was cut almost an inch thick and the flavor was of grilled meat, much like Cooper’s, but there was more to it. The smell was reminiscent of the many charcoal burning barbecue joints in Memphis. Nathan’s uses oak lump charcoal from B&B along with a few sticks of pecan wood. But the ribs are the top priority here. The charcoal heat did wonders on the bark which was generously seasoned with salt and black pepper. As owner Nathan Winkleman said, “When the day is done my ribs are going to be right.”