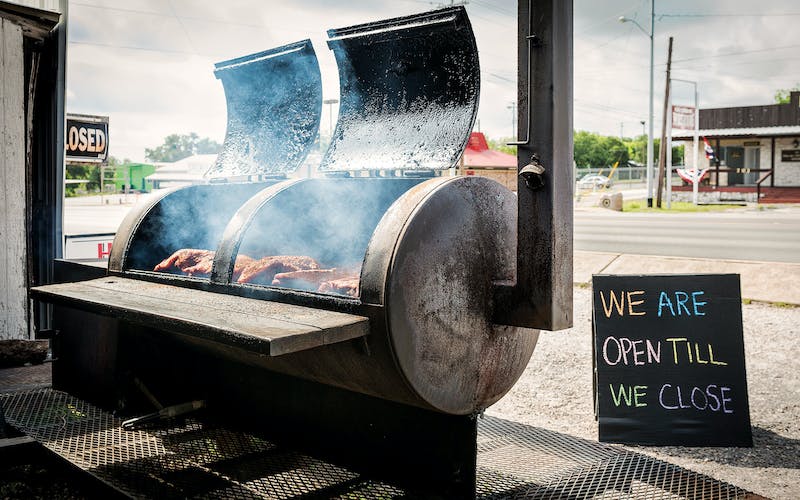 The brisket was smoky, peppery, and a little bit sweet. The outside slice had a pleasant crunch to the crust, while the meat beneath was moist and tender. This was brisket worth seeking out. The ribs were nearly as good. The meat came easily off the bone, the bark held plenty of smokiness, but they could have eased up a bit on the salt.

The first taste was impressive enough that we had to go right back in and get more.