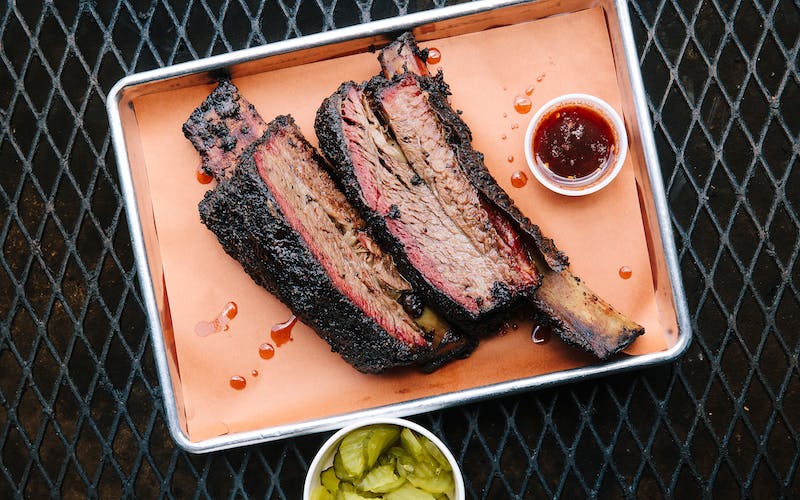 The influence of Pecan Lodge on Dallas’s barbecue scene cannot be overstated. At their (relatively) new place in Deep Ellum, they crank out four times the amount they did before. It’s all cooked in an array of unique offset smokers, and the sausages, both the original pork and the jalapeño-cheese beef version, are still handmade. The $75 Trough is the best way to try it all, especially since a monster beef rib (the best of their smoked meats) can set you back $25 on its own. The pitmaster sandwich is another winner, with three meats, slaw, and the welcome bite of fresh jalapeño. A Pecan Lodge alum has opened up a barbecue joint named Melt in Paris, France, so the joint’s influence doesn’t end in Dallas.

Pro-tip: If you have a group, go for the Trough, a sampler of all the meats that will feed (and amaze) four or five people.