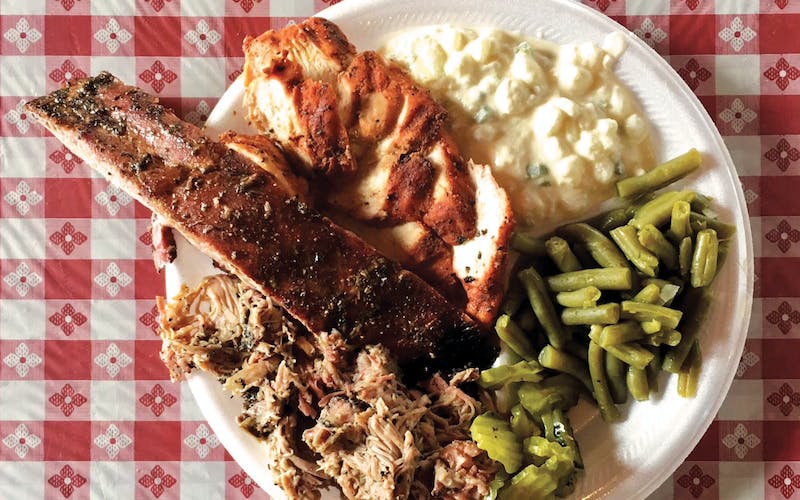 In particular he uses cherry to sweeten his ribs, which had a thick crust and great flavor, though they were a tad dry. The brisket, with a nice red smoke ring, could also have been a bit more moist, but a judicious squirt of the sauce helps out. We say judicious because this is a spicy brew, with visible chunks of ghost and habanero peppers. It’s one of the many touches that gives Pody’s a distinctively West Texas feel, along with the frontier lettering on the Western facade and the green chile–cheddar pozole, which is rich and delicious and must be tried.

Pro-tip: Have a glass of iced tea or a fire extinguisher if you plan to try the sauce.