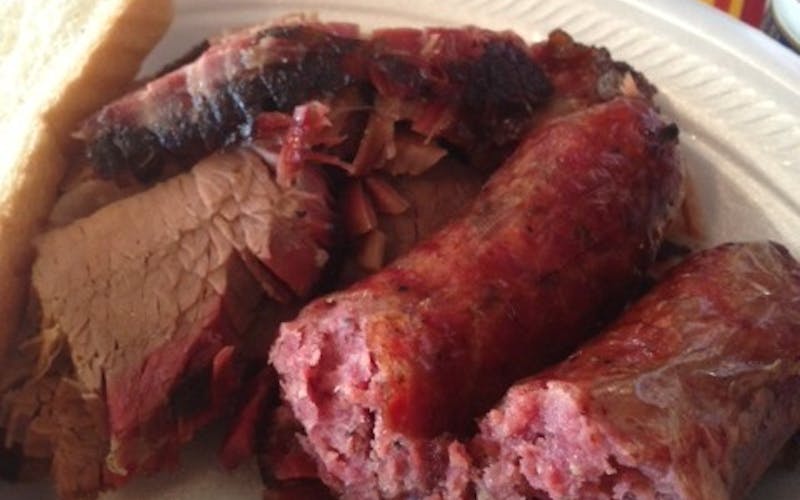 The barbecue menu is limited to brisket and sausage. Roy Jeffrey will serve ribs, chicken and smoked ham some Friday nights, but he just doesn’t have the volume to keep them on the daily menu. He also has to hold his brisket for a long while, sometimes a day or so. What results is a somewhat dry crumbly brisket. What fat is left is nicely rendered and the smokiness and flavor are great. The sides aren’t bad either. A potato salad is homemade with a bit of diced pickle, and the beans are well seasoned.