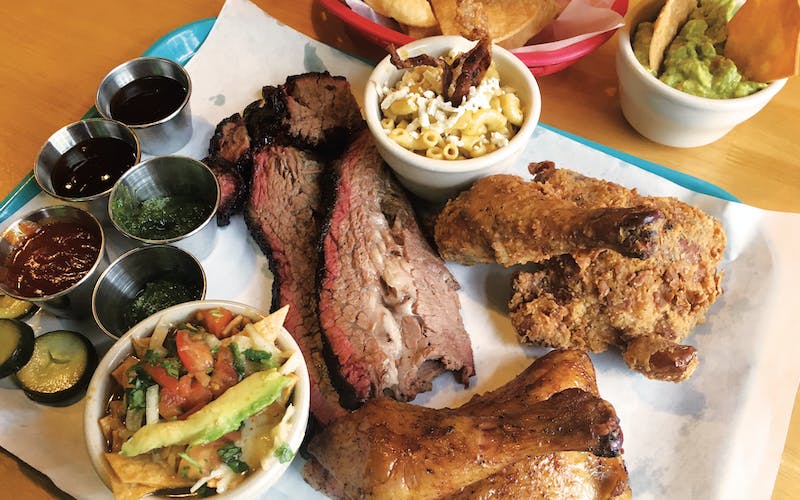 Finally, someone in The Valley is doing brisket good enough to travel for. The beef at Rio Grande Grill was a revelation. Dense slices from the flat had good smoke from the mesquite and a well rendered rim of untrimmed fat. Their brisket meat was buttery soft with a rich smokiness deep into each slice. This was brisket worth coming back for, but be sure to ask for it right off the bat. Their sides are also standout. They have queso, rice & beans, tortilla soup and tacos. Add a spoonful of their homemade chimichurri and a warm four tortilla to any order. You have your choice of Texas toast or tortillas, but you can get both if you ask nicely.