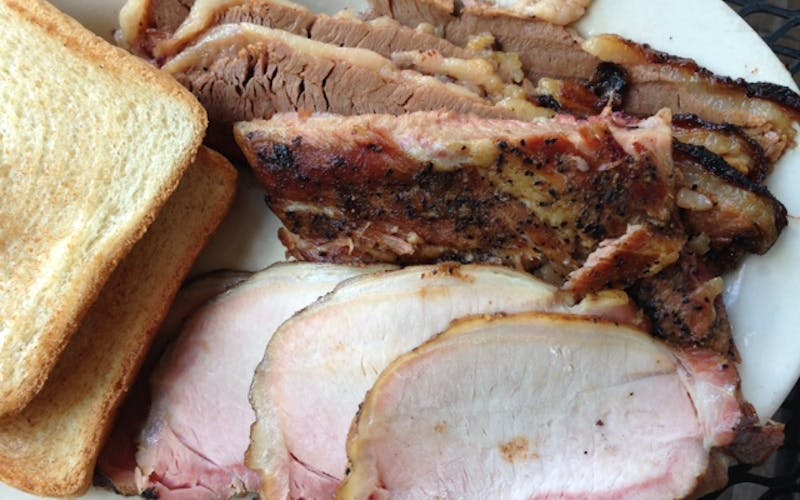 No matter the day, you won’t get yesterday’s brisket. Owner Marshall Prichard smokes meat with the intent to sell it all. “You don’t want some brisket brick that’s been sitting there for three days,” he told us. And it’s priced to sell. In fact, this might be the best value brisket in Dallas. A pound of the stuff is just $13.95, but the smarter order is a three meat plate with all brisket. You’ll end up with about a pound of meat anyway for $12.95, and you’ll get two sides.

Method: Hickory in a Wood-Fired Rotisserie