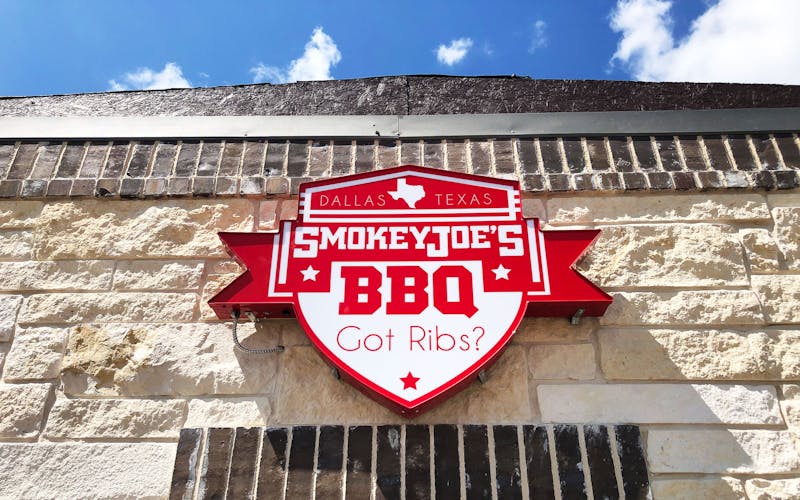 Since Joe Melton and Kenneth Manning opened Smokey Joe’s in the mid-eighties and later passed it on to Manning’s son Kris, the joint has smartly adapted to the evolution of Texas barbecue. Its original brick pit has been replaced with offset smokers that put out lean brisket covered by swooshes of fat cap. The pork ribs shimmer and offer a touch of sweetness. Even better is the Maxi, a sandwich with sliced sausage and chopped brisket, whose rough, inky-black bark is nicely juxtaposed with a pink-hued smoke ring. The meat is then topped with thick pickle disks and served in a soft, buttery bun. Finish with a slice of the luscious, scratch-made sweet potato pie.

Pro-tip: Smokey Joe’s has hopped on the bandwagon for barbecue tacos, though they’re available only on Tuesdays.