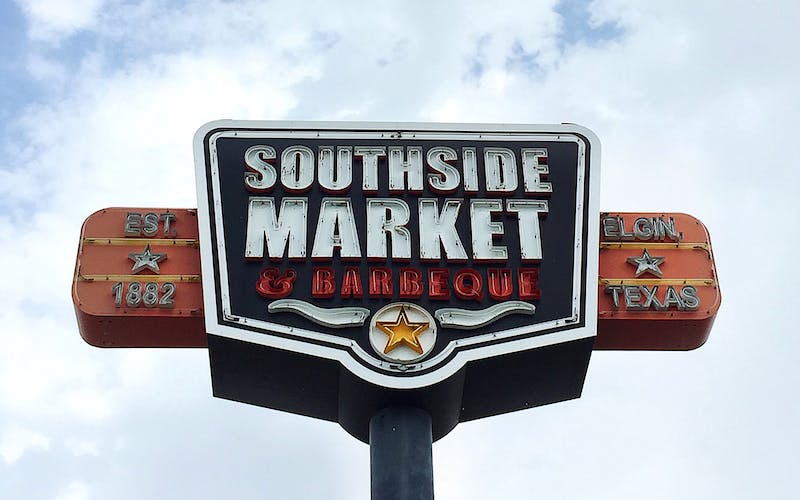 2010: A four-meat sampler is available, so I watched as they heaped on sliced brisket, pork ribs, a beef rib, and that famous sausage (a.k.a. hot guts). Hot guts aren’t quite as hot as they were back in the old days since they took some of the cayenne out of the recipe in the seventies, but you can douse yours in the hot sauce that’s on every table. I even tried some of that hot sauce on the brisket, which led to a surprisingly tasty outcome. Not that the brisket needs the sauce. It was well cooked and plenty moist, with good flavor from a simple rub. Pork ribs were also good but had some chewy fat that could have rendered out a bit better. 2006: This place is more of a superstore than barbecue joint. You can buy everything from a barbecue to bulk sausage to pre-packaged jerky. I ordered a two-meat plate with brisket and their famous Elgin hot sausage. The sides tasted like Sysco, and the hot sausage wasn’t hot. Southside makes an all-beef sausage that has good snap and a nice black pepper flavor but is incredibly greasy. The gray brisket here is full of unrendered fat with no crust or smoke flavor. Stick with the sausage, just drain it first.