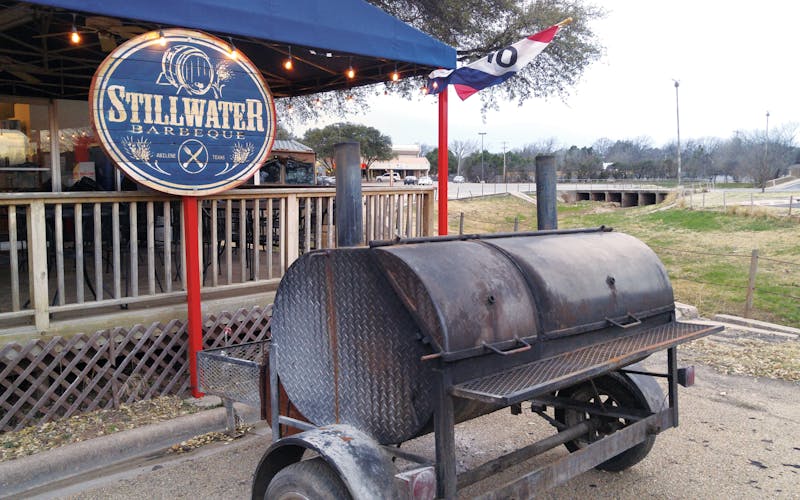 Orders are placed at the register in view of the bevy of sides. If you don’t get enough meat here, it’s your fault. Chopped brisket enriches an already thick and creamy mac & cheese. Those on a budget could make a meal out of the stuff. The sweet baked beans are also bolstered with brisket, and the only thing green on the menu, the pleasantly crunchy green beans, had flecks of sausage. They’re all good, and they also show that Stillwater has somewhere to stow its leftovers instead of giving you yesterday’s meat.

Method: Mesquite and oak in an offset smoker