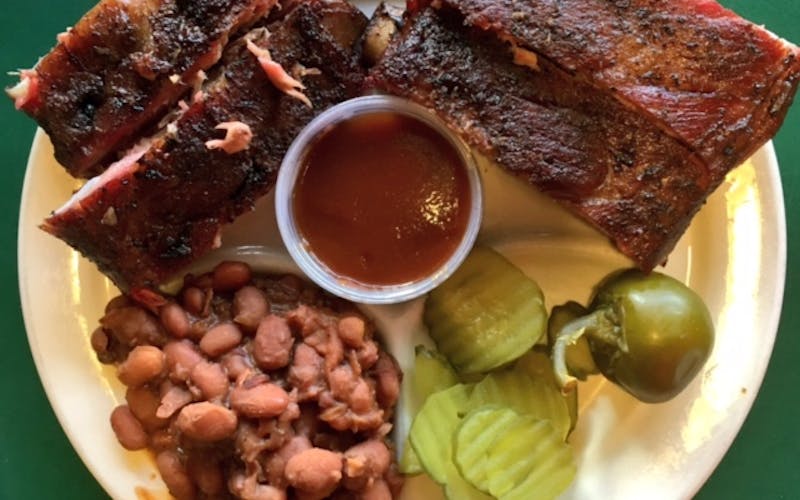 Lufkin Bar-B-Que was a shack when it opened in 1950. The name was amended two years later when Queen Esther Stringer bought the place. It’s still in the family today with Paul (Esther’s son) and Brenda Stringer at the helm. They fire hickory wood in the same brick pits that Queen Esther used.

Stringer’s is proud of their pork ribs, and they were the standout of the visit. They get the only lengthy description on the menu: “Juicy, fall off the bone tender, mouth watering, seasoned just right, cooked over open fire pork ribs.” They’re right about most of it. Don’t expect a char from direct heat—these are slow-smoked ribs that are, in fact, seasoned just right and very tender.

Method: Hickory in an offset smoker