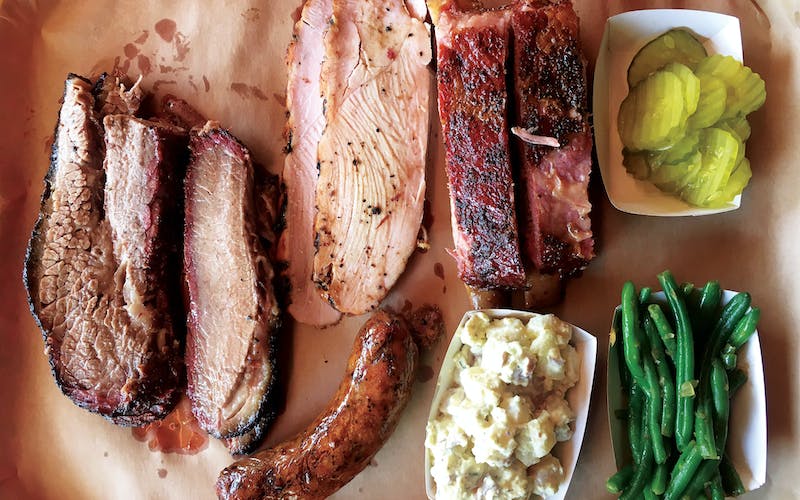 Twins Mark and Michael Black jumped into the barbecue business with their father, Terry, three years ago just south of downtown Austin. It didn’t take long for them to get out of the shadow of Lockhart (Terry’s brother, Kent, runs the Black’s in that city as well as two other locations) and make their own mark on Texas barbecue. Service here is meat-market style: customers line up for sides and desserts before being ushered by a meat cutter over to the chopping block. Often the meats are out on display, making it hard to resist a peppery pork rib or a link of the plump, homemade beef sausage. The sliced brisket is excellent too, even from the lean side, but it’s the beef rib, lusciously fatty, that’ll have you coming back. This may well be the most underrated barbecue joint in Austin.

Pro-tip: One of the few Austin barbecue joints on this list that’s open on Mondays.