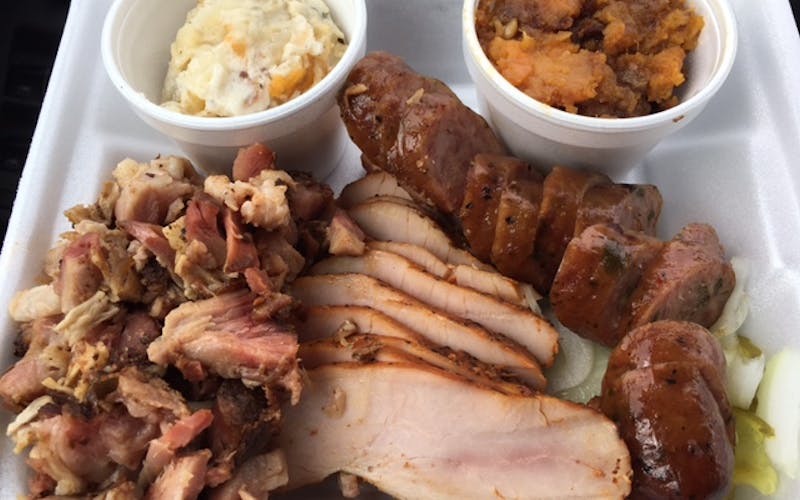 The poultry needs no adornment. Slices of turkey breast were juicy, flavorful, and tender. The chicken was even more impressive. We’re not sure how they’re making money on it since a half chicken came along as one of the options on our three-meat combo plate. This is where all that rub really shines, as it becomes one with the crisp skin. Even the white meat was juicy as we tried to keep ourselves from eating every morsel. It was not only the best value, but it was the best item on the menu. But the great variety of sides might even give the chicken a run for its money.

Method: Oak and mesquite in a gas-fired smoker