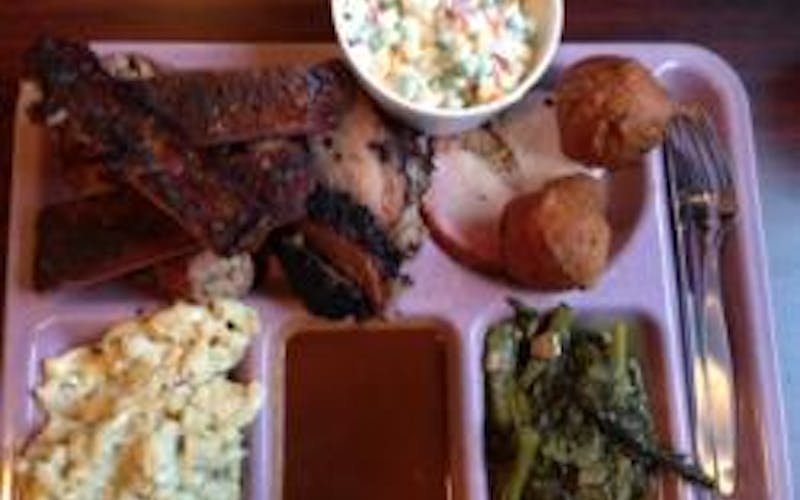 During a recent weekday lunch visit, we joined the many dude duos who had crowded the parking lot with their vehicles. “You spend your whole life trying to figure your wife out,” we heard one man say to another; others were eating in reverent silence. In line, we’d asked pitmaster Jeffery Hobbs what the specialty was. “Well, we’re kinda known for all of it,” he said. We thought it was a standard marketing line from a proud meat dad until we tried all of it. The sausage and turkey were heavily smoky; neither needed the sauce, which was deep red and not too sweet, but they were both perfect vessels for it. The pork ribs were rich and peppery, and the meat clung to the bone in just the right fashion. As for the brisket, we ordered from the fatty side and were surprised by how well the crust hung onto the meat in spite of the layer of fat between the two. Upon our first bite, we let out a vulgar little moan.

Pro-tip: Yes, this is a barbecue list, but Slow Bone also serves the best fried chicken we've found in town.