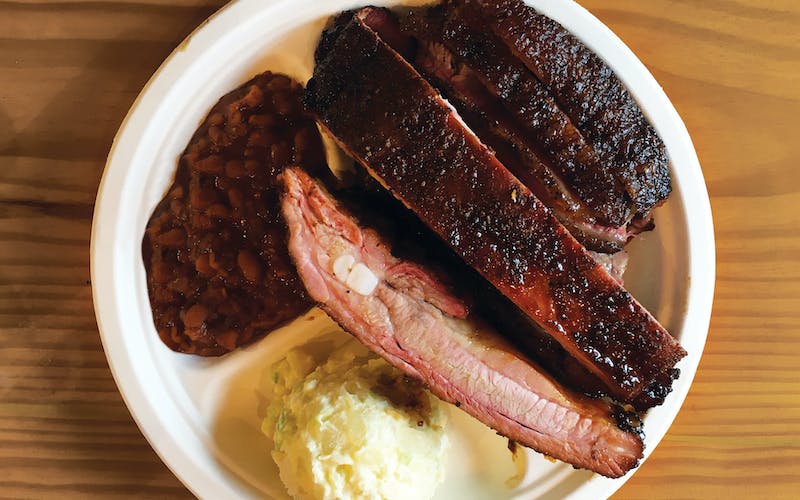 In an area where most barbecue joints offer tacos along with beans and rice, Mario Dominguez Jr., owner of The Smoking Oak, wanted to bring a flavor of Central Texas to the Valley rather than duplicating what was already here. He may be from Mercedes, but his barbecue schooling is straight out of Austin. The brisket is a stunner; tender, well-seasoned, and juicy, no matter which end it was cut from. The brisket is not just good for the Valley, it would hold up in Central Texas too. Praise for the pork shoulder, however, need not be bound by state lines. Every tender chunk of meat and bark is warmly embraced by luscious pork fat. Smoke and spices mingle amongst morsels of meat that a blind man would swear had been smoked confit. This is barbecue that makes you want to close your eyes so your mouth doesn’t get distracted.