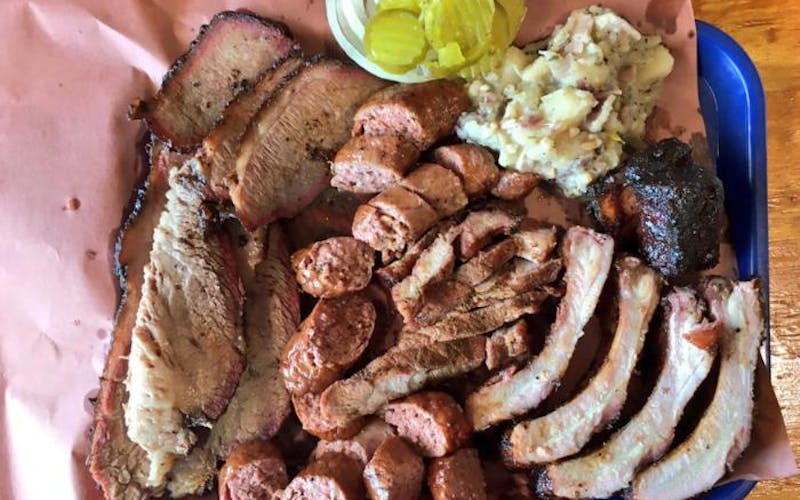 At the back of Thorndale Meat Market you’ll find their barbecue menu, signature sausage, thick-cut steaks, and even smoked pies. A mix of vinegar, mustard, lemons, and black pepper not only flavors the barbecue, it helps keep the meat moist during cooking. It’s the sort of boldness in flavor that you’ll find in South Carolina mustard-based barbecue. The tang from the mustard is enjoyable, but it’s a bit too dominate at times on the brisket and pork ribs. The smoked and dried sausages are where the market shines. The smoked sausage is very juicy, coarsely ground, and pleasantly spiced. The landjäger dried sausage has a great smoky flavor, a hint of sweetness, and a good black pepper bite. Dried sausage is like a mix between beef jerky and salami, and this one is better than either of those.