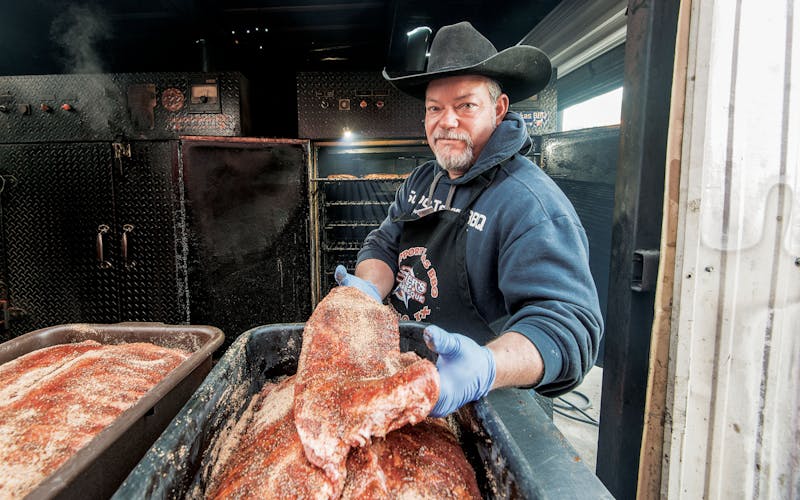 The restaurant is an old Long John Silvers building, yet a deep fryer and refrigerator aren’t to be found. A welcome change from most BBQ joints in the panhandle is having the proprietor serve his customers, and not having all the meat pre-cut.

The peppercorn sausage isn’t made in house, but is also different from any commercial sausage I have ever had. It is lightly infused with West Texas mesquite, and is a must order at Tyler’s. The pork ribs were the best part of this meal. They had a nice pink ring and a strong mesquite flavor. They weren’t your cliché fall-off-the-bone ribs; they were simply pulled off at the right time. The ribs were lightly covered with an assortment of different spices that included black pepper, red pepper, and sugar. The best aspect about Tyler’s ribs is that if he has leftovers he sends them to the children’s home of Amarillo. The brisket, when it was out on the counter ready to be cut, looked as good as any in Central Texas. The brisket had a traditional rub with salt, pepper, and cayenne pepper.

Pro-tip: The green-chile-and-grilled-onion mac and cheese is served only on Thursdays.