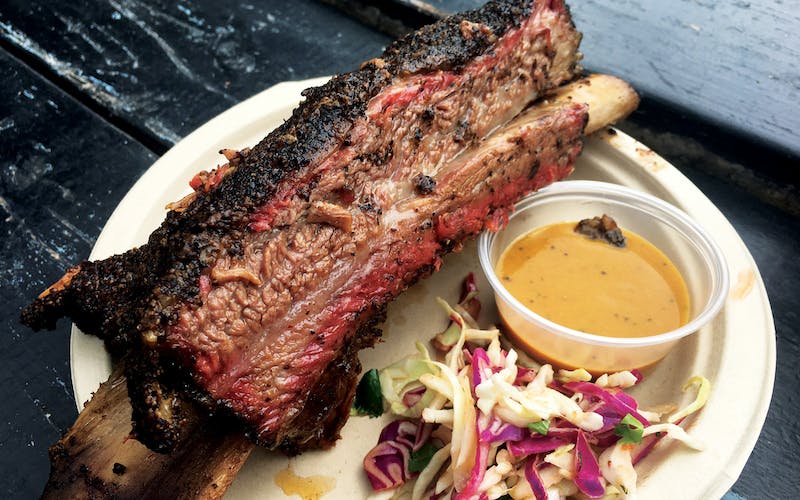 Mesquite smoke is a constant perfume around the trailer since the smokers always seem to be fired up, and owner Miguel Vidal has found a way to temper that smokiness in the meat. Nothing ever tastes over smoked. The barbecue at Valentina’s is available in a taco, on a sandwich, or by the pound. If ordering a taco, the brisket comes chopped unless specified. Ask for sliced. They don’t skimp on the meat, so that allows you to sneak a slice off for a pre-taco snack. After a bite of the smoky and lusciously moist brisket, you might feel compelled to order it by the pound so nothing gets between you and the brisket. Fear not, bulk meat orders come with tortillas and homemade salsa in case you change your mind mid-pound. While they offer their own barbecue sauce, I would stick with the excellent salsas. They work better with the meat, and provide just enough heat.