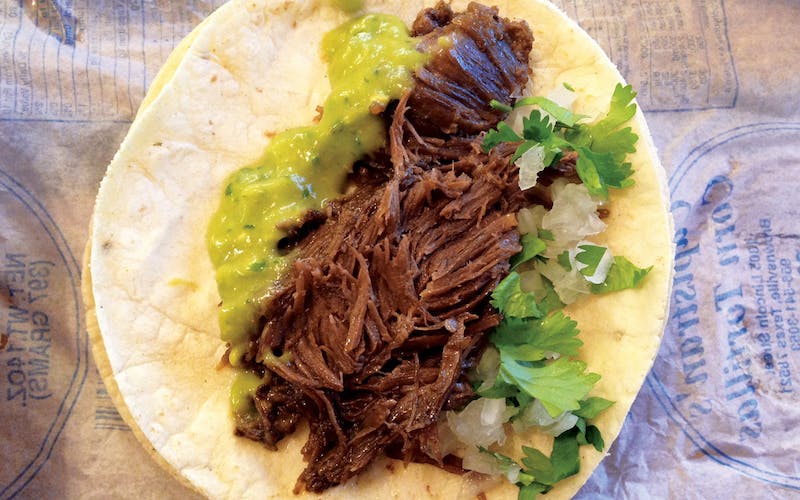 We’re not an authority on barbacoa, but we’ve eaten enough of it to know that what we ate at Vera’s was something special. The funny part is, the best place to get barbacoa in Texas doesn’t have a single Yelp or Urbanspoon review. Take that however you like, but a visit to Vera’s isn’t exactly adventurous.

It might not be the kind of Texas barbecue that you’re used to, but this sort of smoked meat has been around far longer than the smoked brisket that we love so much. It is Texas’s real native barbecue, and Vera’s is a Texas historical treasure. It’s worth a pilgrimage.