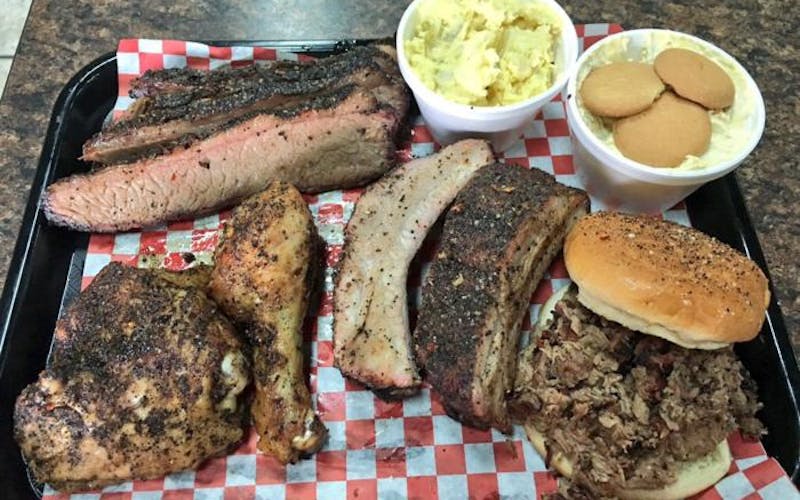 If you’ve found yourself complaining that barbecue is getting too popular or too fancy, or that it’s somehow veering away from its roots, Winners BBQ is your antidote. The thick slices of lean brisket are solidly good and even better chopped on a sandwhich, where the bun is even seasoned with rub. They also know how to bake a potato. The MVP is one of them, stuffed with up to three meats. If you’re really looking to indulge, ask them to build a Frito pie inside the potato. Overall, the chicken might be their best item. The dark meat is dripping with juiciness and the crisp skin has a more subdued seasoning, while also bringing the smoke.

Method: Oak in a gas-fired rotisserie