While its natural beauty is world-renowned, Arizona’s vibrant character really comes from the captivating patchwork of stories woven into the fabric of each town. Explore some of Arizona’s most unusual, stunning, inspiring, and fascinating finds for a trip that’s anything but basic.

Tales from the Past | Florence

Sixty miles southeast of Phoenix, Florence is one of the oldest towns in the state, rich with history. Settled by a Civil War veteran in 1866, Florence started as a tough and rugged Western town, with “one saloon for every forty inhabitants.” The storied downtown area is a National Historic District, with dozens of buildings listed on the National Register of Historic Places. Suffice it to say, Florence has some stories to tell. The Pinal County Historical Museum is a fantastic way to hear the town’s most intriguing tales. Some are gruesomely fascinating—like the double execution chair used in the prison gas chamber, or the doll made by the infamous “Trunk Murderess”—while others are archetypal Arizona, like the collection of handmade saguaro cactus furniture. The museum also has a significant reference library of historical books, magazines, documents, letters, and photographs. 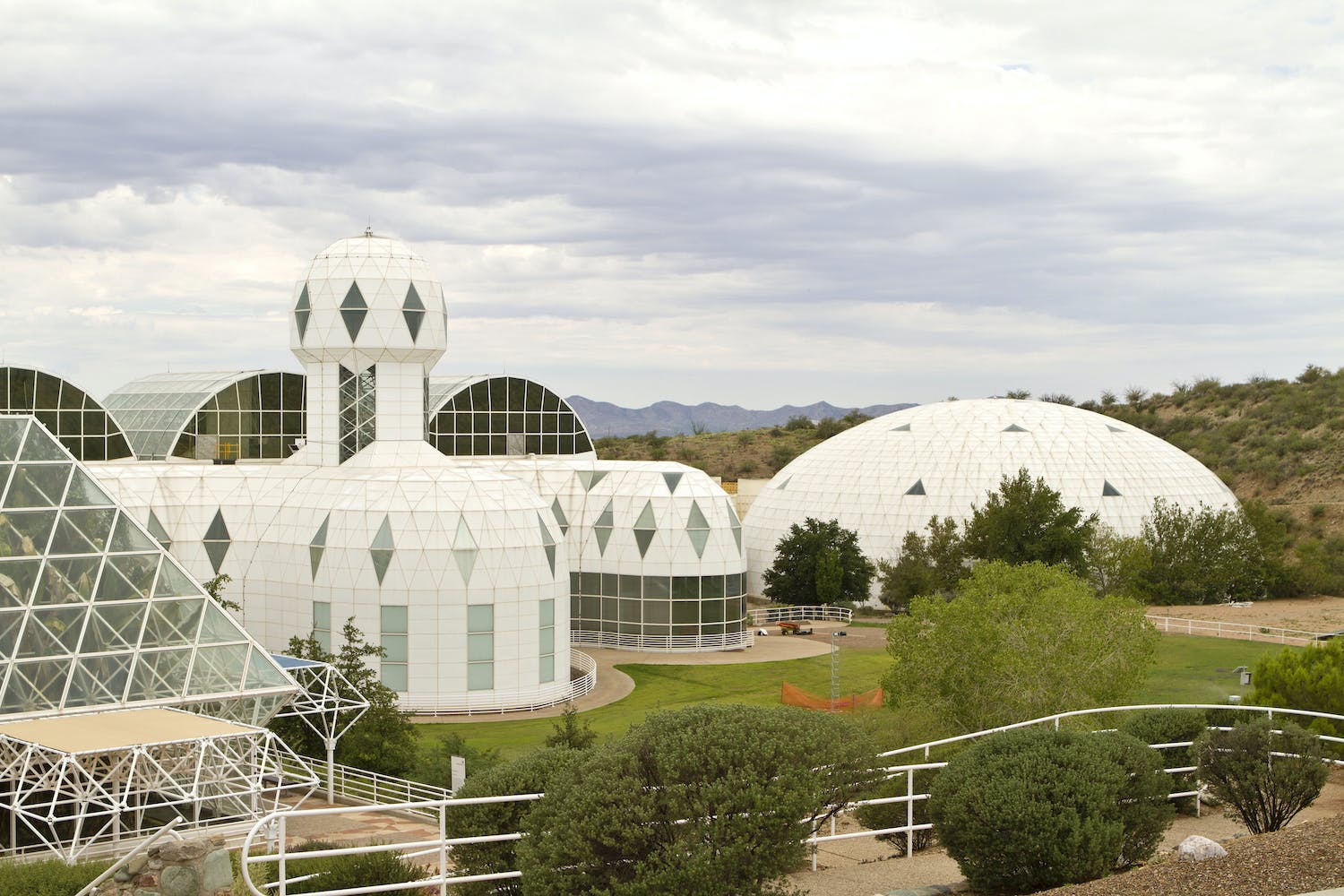 Just northeast of Tucson lies the small town of Oracle—and its most famous attraction: Biosphere 2. This living laboratory garnered worldwide attention in the early 90s when a group of eight scientists locked themselves inside for two years. It was an experiment to test if human life could one day be supported in outer space within the confines of a closed ecological system. Biosphere 2 is the largest closed system ever created, with seven “biomes” including a rainforest, ocean, and desert. Today it serves as a research center and is open for tours. Take the tour or walk through the biomes freely and learn what experiments are currently taking place, what discoveries are being made, and how scientists at Biosphere 2 are working to find solutions to environmental issues like the coral reef crisis and droughts. 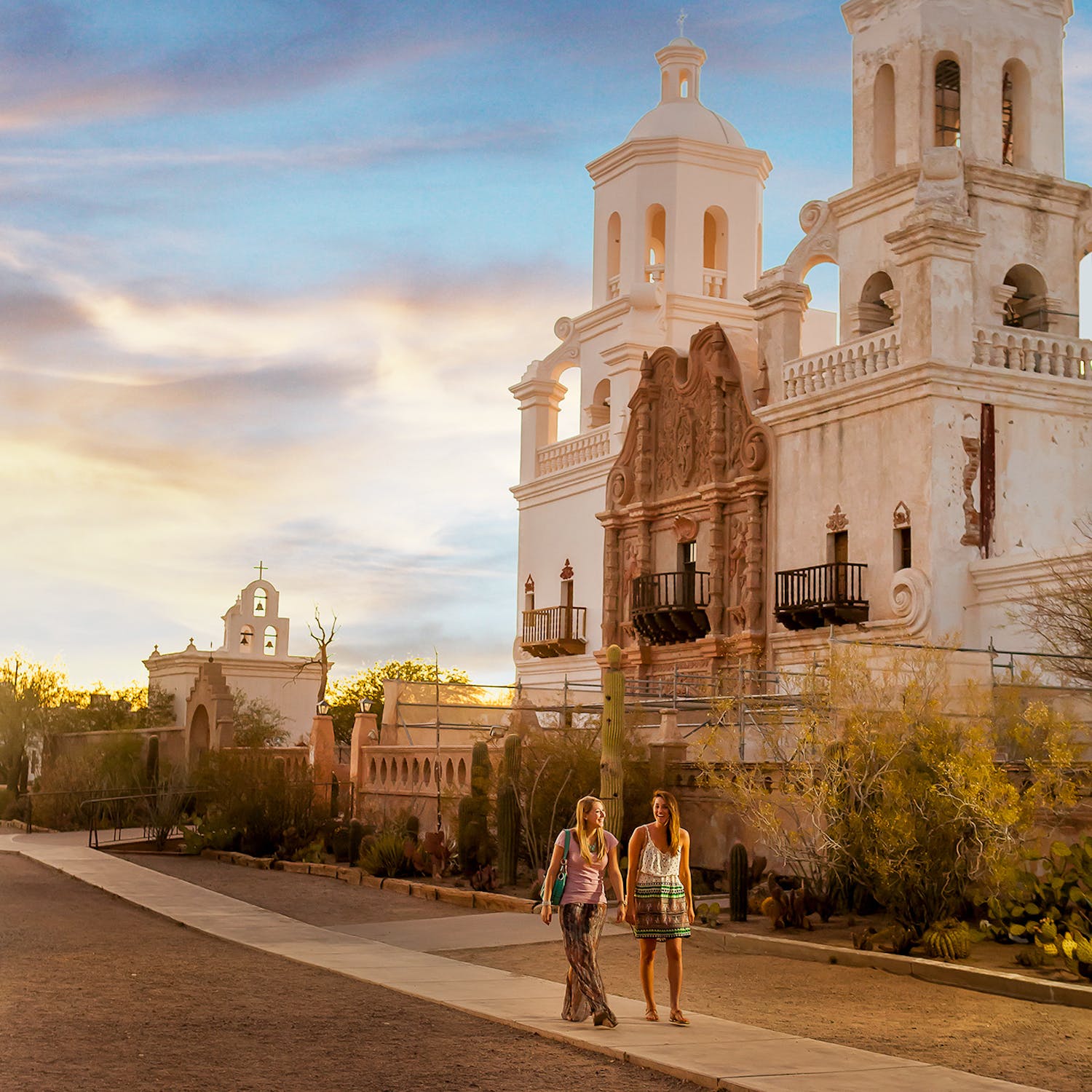 Step into the 18th century at San Xavier del bac Mission in Tucson. Known as the “White Dove of the Desert,” its bright white domes and towers stand in brilliant contrast to the muted beige tones of the surrounding desert landscape. The mission is revered as the most exquisite example of Spanish Colonial architecture in the U.S. and features an ornately decorated facade and stunning interior adorned with colorful murals and statuaries. It’s also the oldest European structure in Arizona. Not far from the mission, wander the quirky streets of Tucson’s famed and historic 4th Avenue. From art galleries and vintage clothing boutiques to laid-back cafes and boisterous bars, you’ll find a trove of local treasures and plenty of delicious dining options to top off your day. 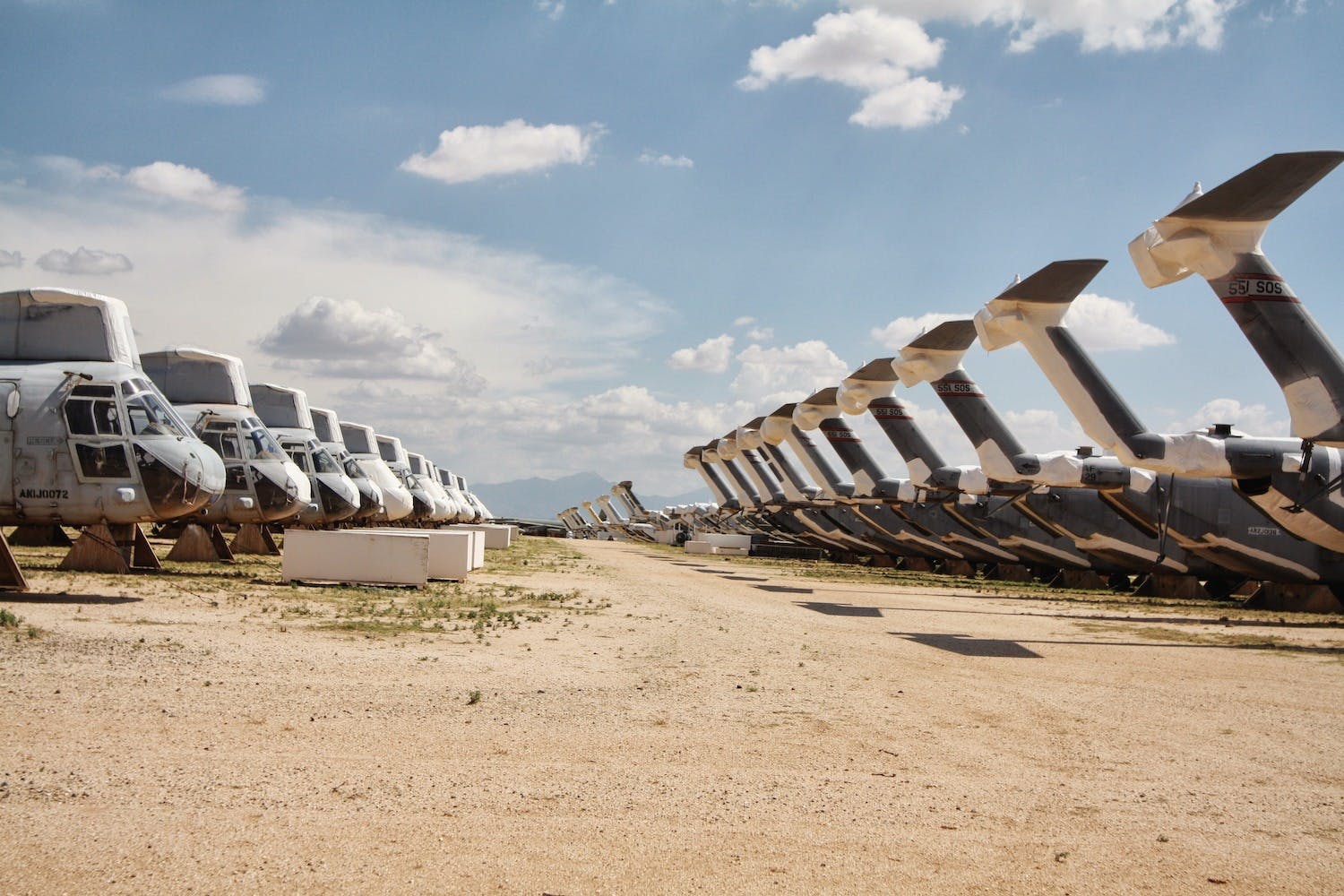 Walk amongst historic aircraft at the Pima Air and Space Museum, and indoor/outdoor space in Tucson that pays homage to aviation history. As you meander through the six hangars, you’ll see a replica of the Wright brother’s 1903 Flyer, view some of the most pivotal aircraft of WWII—including the B-17 Flying Fortress and the B-24 Liberator—and tour the aerospace gallery, which tells the remarkable story of the space race. Outside you’ll find eighty additional acres of fascinating aircraft, aka The Boneyard, including the comically bulbous “Super Guppy” cargo plane. Row after row of aircraft sit atop the desert floor, creating what can only be described as a sweeping spectacle of aviation history unlike anything you’ve seen before. *Plan ahead: the Boneyard Tour is on Davis-Monthan Air Force Base property, so book in advance.

The Titan II Missile Museum in Sahuarita is home to the only remaining Titan II Missile silo in the U.S. This formerly top-secret site takes you beneath the ground and into a world of Cold War history. In the underground missile complex, you’ll experience a staged launch, then get an up-close look at the inert 330,000-pound Titan II. This enthralling tour highlights the sense of fear American’s faced during the Cold War period. The complex itself features 6,000-pound blast doors and walls up to eight-feet thick. The Titan II Missile, developed during the height of the Cold War in 1961, carried a nine-megaton nuclear warhead—600 times more powerful than the Hiroshima bomb. These missiles were held in underground silos all over the U.S. to ensure their protection in the event of a Soviet strike. 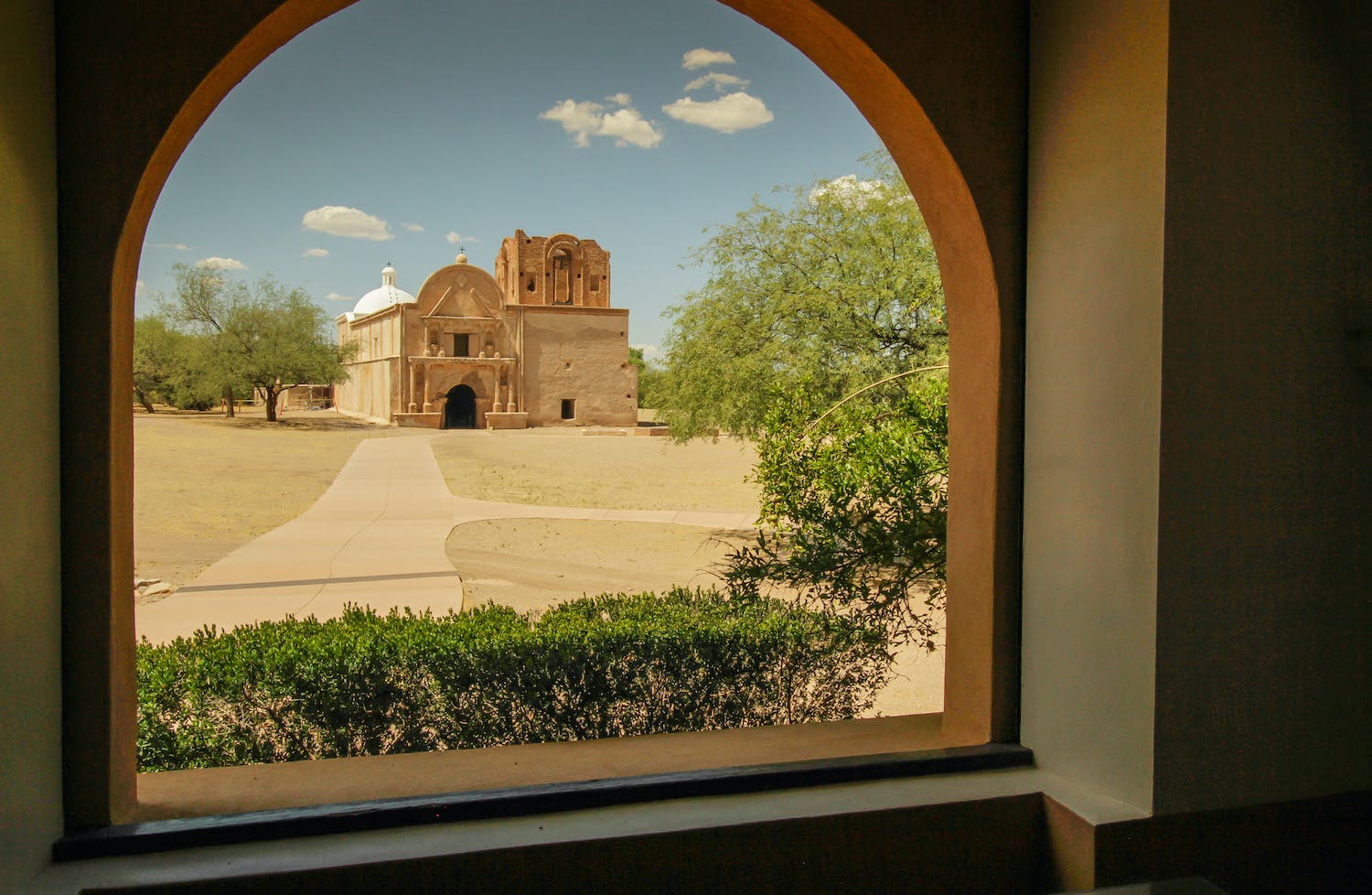 Surround yourself with colorful art in the whimsical town of Tubac. This small city is known for its gorgeous golf resort & spa & spa, and eclectic arts scene, with creativity bursting from every corner. Check out the Tubac Center of the Arts and its curated exhibits featuring work by local and national artists. Then find a stunning piece to bring home from one of the many local galleries that sell artwork ranging from copper designs, turquoise jewelry, and folk art to furniture, pottery, textiles, and more. Nearby is Tumacácori National Historical Park, where three Spanish missions were established in the late 1600s—the oldest missions in Arizona. Thanks to restoration and preservation efforts, you can still walk through the Tumacácori Mission’s adobe structure, then step out into the tranquil courtyard gardens, fruit orchard, and nature trails for a quiet stroll.

*While Arizona is open for business, some COVID-19 restrictions may still be in place. Be sure to check with each attraction to confirm their COVID-19 policies before your visit.

Guardian of the Whooping Cranes