Michelle Obama, Meghan Markle, and Lady Gaga wear his dresses, and he’s a nominee for the Womenswear Designer of the Year, to be announced in June by the Council of Fashion Designers of America. But for Brandon Maxwell, who is starring as a judge on Project Runway, it all began in Longview. He fell in love with fashion as a child while watching his grandmother Louise Johnson help dress stylish East Texas women at a high-end store called Riff’s. His Texas roots are a crucial part of the narrative that informs his work. He spent more than a month in Marfa last year designing his spring/summer 2019 collection, which launched at New York Fashion Week with an epic Texas-themed runway show (pink Yeti coolers served as seating, and Johnson was in the front row, as usual). We caught up with the charmingly candid 34-year-old designer while he was in Austin to attend an art show at his alma mater, St. Edward’s University, where he studied photography.

Texas Monthly: Project Runway is back on Bravo for its seventeenth season, and you are one of the new judges. What is it like seeing yourself on television?

Brandon Maxwell: I actually watched the first episode by myself. I watched it alone in my bathroom on the floor with a glass of wine, so I got that out of the way. It’s surreal. It took a couple of episodes to get used to seeing myself in that space. I imagined myself having much more of a breakdown about it than I actually did. But it was fine. The show really grows over the season into a big crescendo, so I’m excited for people to go on that ride.

TM: What’s different about this season?

BM: We had a lot of access to the designers and their personal lives, to get a 360-degree view of who they are, because I think that’s important right now in the culture we live in—to understand how the show would impact their lives.

TM: What do you think it takes to make it as a fashion designer now, and how did that affect your judging?

BM: You have to have the fight, drive, and spirit to capitalize on an experience like that, so I wanted to understand the designers’ natures and who they are as people. I really took that into account when making decisions, because I know so much of my early work is not the best representation of who I am as a designer. And you have to be good at building teams, so I thought about who would have it in them to do everything that comes with being a designer.

TM: You live most of your life on a plane or in New York these days. What’s the first thing you want to do when you come back to Texas?

BM: My first stop is always to get queso somewhere. But also just being outside is huge for me—just, like, breathing in the fresh air. Usually when I get into a car in Texas, I roll down the window immediately. [When I leave,] I get the same feeling I had when I took the plane to NYC when I was eighteen. [Heading back] to the airport is like losing a sense of security, when I leave my family. It’s still hard.

TM: You were in Texas in February to receive a Texas Medal of Arts Award, along with fellow Longview native Matthew McConaughey, Boz Scaggs, Jennifer Holliday, and others. You were the youngest honoree in its history and the first winner in fashion. What was that like?

BM: It was an incredible experience. I think we’re all just trying to live a life that we feel in some way matters or makes a difference. I’ve always tried to do that through my work, with what I’m making and what I’m putting into the world, so to be recognized for that was an incredible thing. I’ve always been really insecure about not being trained in what I do and not having that [fashion] education, and so to be honored was more than I could ever ask for.

TM: Your fiancé, Jessy Price, who is also your creative partner, made a short film of you designing your spring/summer collection. In one scene, you say your biggest inspirations are Jackie Kennedy Onassis, Lady Bird Johnson, and Lynn Wyatt, the iconic Houston philanthropist. What draws you to these women?

BM: I was always really interested in women throughout history who—when you really deep-dive and read about them—are not women who had the best circumstances, even though it seems on the surface like they did. But maybe their marriage was not great, or maybe they were going through personal struggles that we didn’t know about. Like, I also love Betty Ford.

TM: What is it about first ladies?

BM: I’ve always been attracted to them in particular, just because I love the idea of the strength and confidence it takes to be a real American girl plucked from sort-of obscurity into the most visible position in the world. I’ve always been drawn to the power and confidence that it takes. Even when I was a child, I would read everything about women in those positions, because it’s not just about the clothes, jewelry, or the glamour of it all.

When you drive down the highway in Texas, you think about Lady Bird Johnson. When you’re running around the reservoir in New York, you think about Jackie Kennedy. You think about the impact they made on the world. I love the idea that a woman would decide every single day to put on a coat, put on a jacket, to create a visual story so that the world remembers her how she wants to be remembered—that she is driving her own narrative.

TM: Another one of your inspirations, Lynn Wyatt, is as fashionable as ever at age 83 and actually narrates the video advertising your spring/summer collection. How did that come about?

BM: I’ve known Lynn for years. Although Lynn is from Texas, I think she’s an incredibly worldly woman. I loved her, as a child, just because she was in Paris and she was in London—she was all over. Since the collection was inspired by and designed in Texas, I wanted people to understand that I love Texas for the glamour and the grandeur of it, but also there’s a lightheartedness and a joy to this place, and nobody embodies that more than Lynn Wyatt.

This article originally appeared in the May 2019 issue of Texas Monthly with the headline “Runway Success.” Subscribe today. 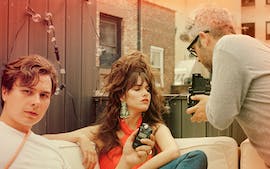 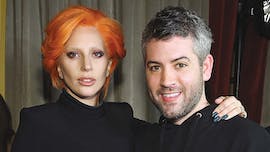