The Roy Rogers generation is passing away,” says Wilson Capron. “The legend of the cowboy is fading, and that breaks my heart.” In fact, Capron, who is rarely seen without one of his three custom-made cowboy hats—his “everyday working hat,” his “town hat,” and “a special-occasion black-tie hat”—has devoted himself to keeping that legend alive. The son of a former working cowboy, he grew up on a 150,000-acre cattle ranch his father managed in far West Texas, and he later spent some time on the competitive roping circuit. Then, after graduating from Texas A&M University–Commerce, in 1996, he became an apprentice for noted bit and spur maker Greg Darnall, living with Darnall’s family for several years while he learned the finer points of metalwork and engraving. Today Capron is known for his own intricate creations, which he produces in the shop next to his home, in Christoval, outside San Angelo, working for twelve-hour stretches at a time. He cites both Darnall and his father, Mike Capron (now a full-time artist who paints scenes inspired by the Texas cowboy), as his biggest inspirations. “When I first started engraving, my dad refused to let me think what I was doing wasn’t art, even though I was skeptical. He showed me that it deserved as much study as art or any design pursuit.” Capron is also passionate about sharing his skills with others, hosting classes at his shop (home-cooked meals prepared by his wife and “motel accommodations” in the bunkhouse on his property are also available). “The Wild West is where we all came from,” he says, “and it’s an honor that my bits and spurs get to be a part of telling that story.” 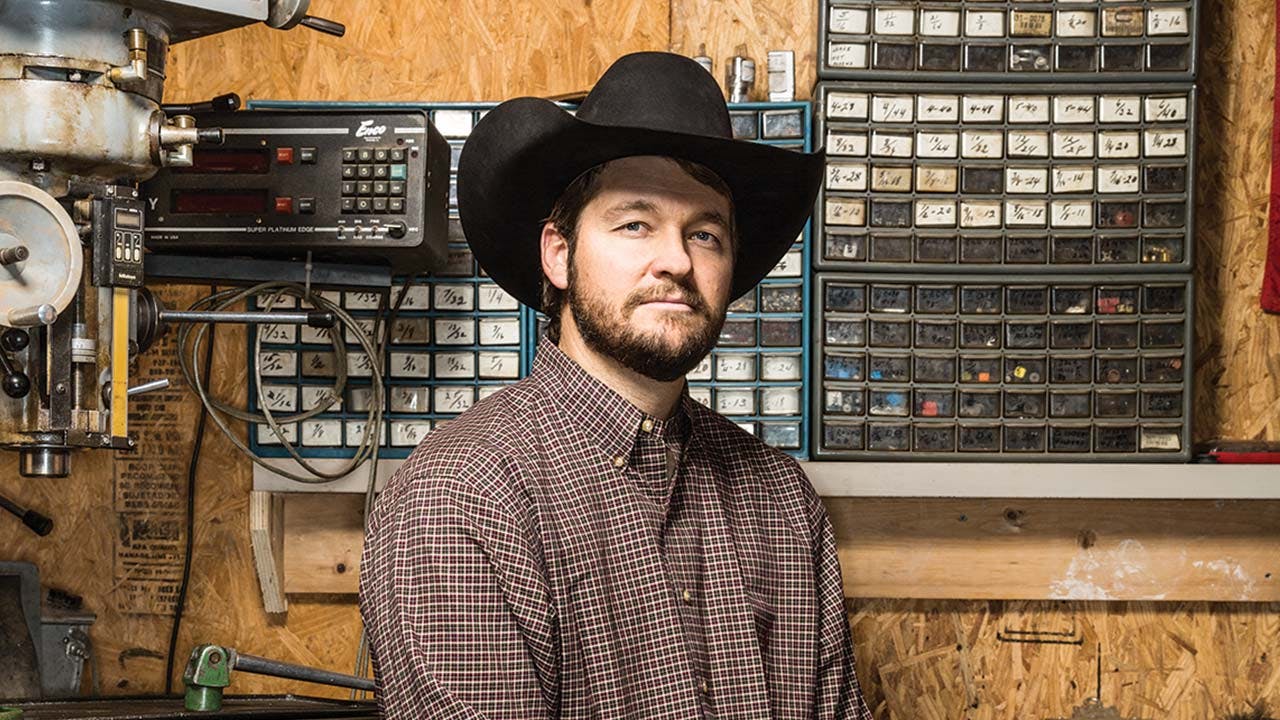 The most important thing for me is to learn a customer’s story—their story of how they want a bit or spurs to represent them and their view of the West. It’s my job to figure it out and then create that in metal. We figure out a budget, and that sets up parameters to design within, like inlay versus overlay or different leaf and scroll layouts within the engraving. I send a customer a sketch to review, and once we agree on design and price, I create our drawing in steel by hand-engraving and welding.

Has being from West Texas influenced your work?

Growing up so close to Mexico has been a huge influence on my designs. My spur designs are typical to Texas and Mexico. My bits are a mixture of the same, but I add the California style into it as well. The firearm engravers were also instrumental in inspiring how I decorate my work. I love the scrolls and vine layouts they use.

Does the same kind of bit work for all riders?

A bit is a form of communication between horse and rider. Every man, horse, and day are different, and they demand a wide variety of bits to choose from. This makes bridle bits fun and challenging to make, because very specific requirements are placed on me to work within. Function is the first consideration in making the piece, but it isn’t the end of the story.

All there is to spurs is the length of the shank [the piece connecting the heel band and the pointed disk, or rowel] and either the straightness or the curve it takes. If a person is short-legged and doesn’t want to spur the horse unintentionally, the shank will be short and curved down. Long-legged people need more length and rise to the shank because their feet hang below the horse’s belly.

If you could make a bit and spurs for any cowboy, living or dead, who would it be?

If you want to talk Hollywood, John Wayne has always been a hero. I always looked up to him for what an honorable man he was in movies, one who always stood up for what he believed in. T

For more information, go to wilsoncapron.com.