On the modest one-hundred-head cattle ranch in Dayton where Rob Flurry grew up, his grandmother taught him how to read, at age four. One of the first books they read together was The Acts of King Arthur and His Noble Knights. It turned out to be a seminal text for Flurry. “His knights had swords, and I wanted one,” he remembers. “My mom wouldn’t let me get one, so I decided to learn how to make my own.”

Fast forward about a decade: Flurry hadn’t forgotten his early fascination with blades and started researching the art of sword making at the local library. At eighteen he moved to Beaumont to attend Lamar University, but he dropped out after a year to focus on making knives (he worked construction to pay the bills). Finally, in 2013, what began as a hobby for Flurry so long ago turned into a full-time career, when he started teaching his craft to others.

In addition to leading blade- and blacksmithing classes at the Spindletop–Gladys City Boomtown Museum, on the Lamar campus—something he enjoys above all else—the 55-year-old forges pieces for clients in the museum’s working blacksmith shop, a replica from the oil-boom days of yore. Over the 30-plus years he’s been in Beaumont, he has become a fixture in the city’s creative-arts scene and has in mind to create a dedicated makers’ space in the community. “I teach people from age sixteen to their early eighties about this lost art. Helping keep this ancient craft alive is my most important work.”

How do you begin the process for creating one of your signature knives?

I usually start a new piece by selecting the steel and putting it directly into the fire. All of my works are one of a kind. The shape and soul of my blades are born in the fire.

Blacksmithing involves a lot of pounding of steel in intense heat. What part of your work is the most rewarding?

I most enjoy shaping the metal, making it bend to my will. The hardest part is letting a piece go when I’m done. If I did a really good job, I always want to keep it.

You make a variety of knives. What are some recent pieces?

A karambit, which is a curved knife used in martial arts, for a 53-year-old local woman; a bowie knife for a hunter; and a skew knife for a woodworker.

You are a huge fan of punk rock, though you can often be found reading Shakespeare. What else would we be surprised to learn about you?

When I was seventeen, I won a statewide poetry contest, and I still write poetry.

You are also an avid reader. Which fictional figure do you most identify with?

Thor—the original Norse Thor, not the Marvel Universe Thor. He was mostly out for a good time, drinking mead or having a nice battle. He carried a hammer and was protective of those he cared about most.

We have a long history of amazing musicians, from George Jones and Janis Joplin to Blind Willie Johnson. In terms of the other mediums, there are always new people, businesses, and ideas, but the arts scene is still a bit on the fringe.

For more information, call the Spindletop–Gladys City Boomtown Museum at 409-880-1750. 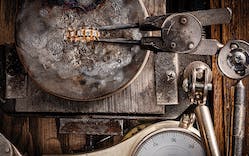 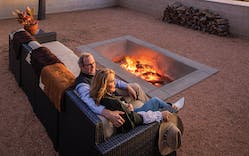 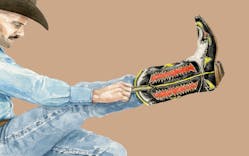 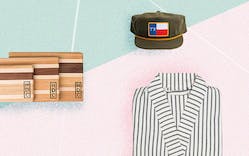 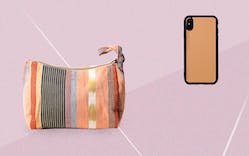 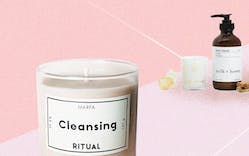 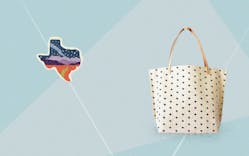 Made in Texas Gift Guide: For the Tex-Pats 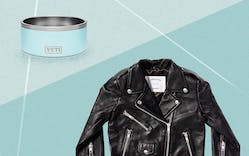 Made in Texas Gift Guide: For the Kids (and Pets!)