Texas is the center of the taco universe, and we at Texas Monthly are setting out to prove it. Starting on National Taco Day, October 4, we’re rolling out a week’s worth of stories on all things taco with de todo un poco, or a “little of everything.” The week culminates in the release of taco editor José R. Ralat’s top 25 taquerias from the November 2022 issue of the magazine.

National Taco Day has a great history. It was started by the National Taco Council, which was established in San Antonio in the early sixties and became known for outlandish PR moves in its pursuit of uplifting the iconic Tex-Mex dish.

In honor of this legacy, Texas Monthly staffers have written a series of stories that examine the impact of the taco—on politics, on culture, on business, and on our personal lives.

Tacos in all their manifestations—wrapped in corn or flour, and from breakfast to late-night snack—are within arm’s reach of every Texan. We think there’s something beautiful about that.

The Top 25 New(ish) Taquerias in Texas

Our first midterm report indicates that all over the state, tradition abides while creativity flourishes. 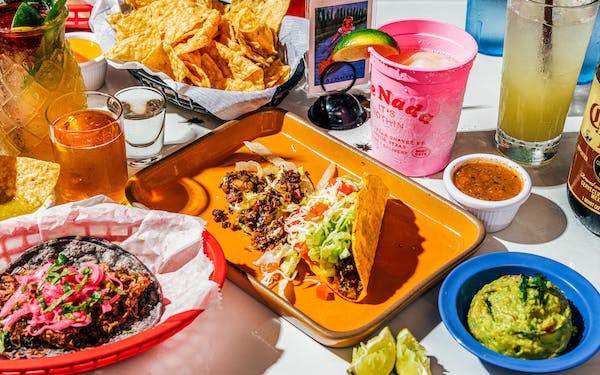 Austin’s Siete Family Foods—known for its grain-free tortillas—employs seven family members and is poised to outpace some of the nation’s largest legacy brands.

From mamey to nuez, the varied flavors found at Mexican ice cream shops around the state make for a pretty accurate personality test.

Eva Marengo Sanchez has painted everything from tacos to conchas, and it’s given her work more meaning than she ever anticipated.

Two Texas Monthly writers go head-to-head on the merits and inferiorities of tacos made with crispy shells vs. soft tortillas.

An editor reflects on the impact of Austin’s Curra's Grill on her life—and its mystifying, rich, and ever-popular frozen drink.

Round out your taco meal with add-ons—but order armed with the knowledge of what might disappoint and what will hit the spot every time.

La Morena Wasn’t Just a Restaurant, It Was a West Texas Rite of Passage

In Andrews, this mostly serve-yourself Tex-Mex restaurant was a community staple that’s still remembered fondly after its closing. 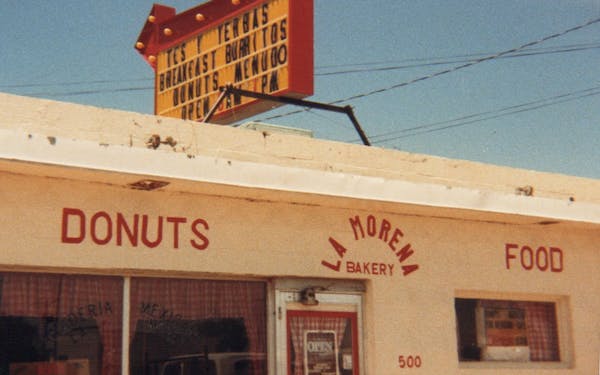 Meet the Masa Masters of Texas

A small community of chefs and taqueros are bringing nixtamalized, heirloom corn tortillas—the foundation of Mexican cuisine—to the masses.

How a San Antonio restaurant manager pioneered the art of taco diplomacy.

While Anglo businessmen are often lauded for contributions such as Eagle Chili Powder, it’s important to remember the originators behind the cuisine.

The filled masa cakes have long been in the shadow of another comfort food (ahem, tacos), but Texas taquerias are now showcasing them in diverse, interesting ways.

Trompo Tacos Are So Much More Than Tacos al Pastor

Although the Mexico City style is dominant, tacos made with trompo meat vary regionally, offering many ways to enjoy the spit-roasted specialty.

Birria Is the Greatest Threat to Taco Culture—and Its Savior

The Instagram-famous tacos are major moneymakers for the restaurants that sell them. But being popular doesn’t always mean being good.

Tetelas Are the Tasty Triangles You Need to Try Right Now

The ancient snack has found new prominence on Texas menus, thanks to enterprising chefs stamping it with their own creativity.

Out of All Mexican Foods, Why Did the Taco Win America’s Love?

Living in a taco-obsessed world and reporting on border issues makes senior editor Jack Herrera’s relationship with the dish complex—and a little frustrating.

Your guide to the many types of tacos around the state, where to find them, and how to enjoy them!

12 Types of Taquerias and How to Spot Them

The Best Fast-food Tacos in Texas