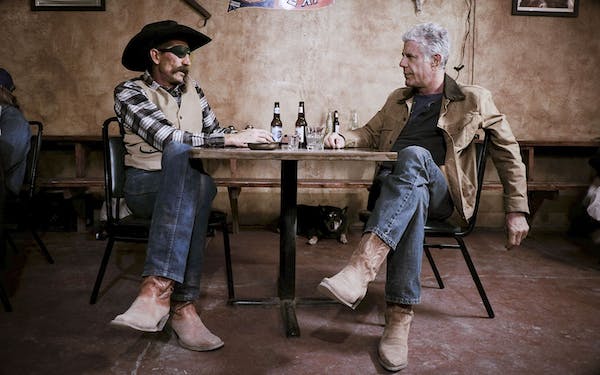 Spoiler: The answer is yes. 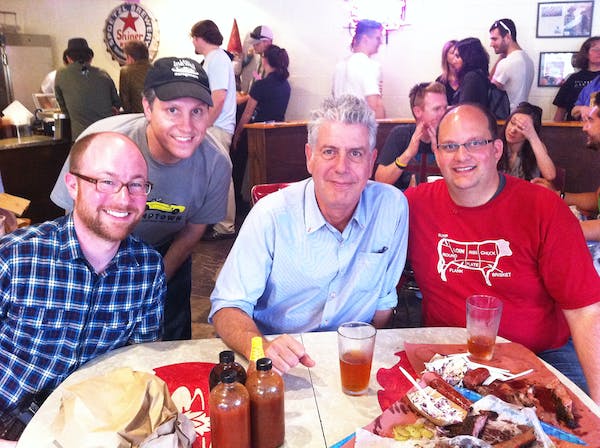 Bourdain looked for the good in people—and he recognized how food can help us understand what we all share. 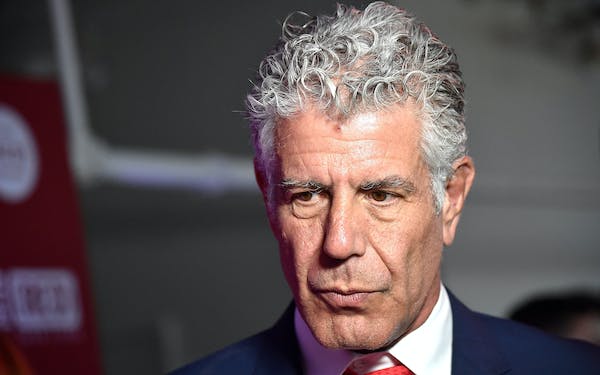 Through the food he sought out, Bourdain recognized the particulars that made a city unique, rather than what the city aspired to be. 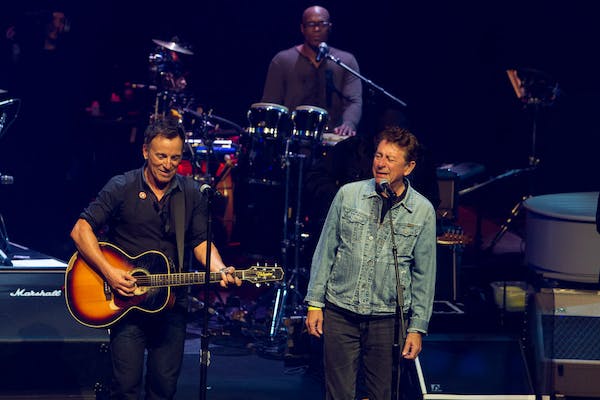 Another memorable SXSW included appearances by Bruce Springsteen and Anthony Bourdain, record-setting attendance, and the return of Matthew McConaughey on the bongos.

Anthony Bourdain’s ‘No Reservations’ features the city of Austin tonight

Ready your remotes, my friends. Tonight is the premiere of the final season of Anthony Bourdain’s hit series “No Reservations” on the Travel Channel. The first episode of the season features none other than Austin, which Bourdain stopped by during the SXSW music festival in March. As I mentioned before,…

Anthony Bourdain Kicks Off Final ‘No Reservations’ Season in Austin

When he isn’t busy picking a nasty feud with any number of Food Network chefs, Anthony Bourdain is devouring his way around the world on his culinary travel show “No Reservations.” For years, viewers have switched between salivating in envy and cringing in disgust…

The BBQ Snob Is Hanging With the Big Dog

I first saw Japanese takoyaki - a delectably ambrosial octopus dumpling that has graced the shops and street corners of Japan for centuries - on an episode of Anthony Bourdain’s No Reservations. Immediately I hopped to my computer and conducted a frantic search for takoyaki restaurants in Texas. There had to be some Japanese transplant living the American Dream somewhere in Texas peddling authentic foods of the homeland to American foodies. There just had to be. Needless to say, I got nothing, not even a nibble. I should’ve known better. The extent of authentic Japanese cookery here is as far-reaching as a Philadelphia roll at happy hour on a store-bought tatami downtown. Then one fateful afternoon, a friend called me up and suggested we visit a new food truck: Love Balls. Putting other possible connotations aside, this truck really holds true to the name. “We make balls, and we put love into them,” says owner Gabe Rothschild, 27. They certainly do, with all entrees made right to order. The process is a meticulous and slow one, but it’s worth the approximate 10-20 minute wait. Each order of takoyaki comes with eight chewy chunks of octopus encased in a searing-hot ball of dough, seasoned to savory perfection and topped with a helpful heap of special Japanese mayo, powdered seaweed and bonito flakes. “We were eating at a lot of food trailers and something was missing: Japanese street food,” says Rothschild. “And we thought takoyaki was accessible, quirky and fit into the Austin food scene. Nobody was doing it town; nobody was even doing it in Texas. And we figured a lot of people would be interested, curious about it. And it was a form we could play with.”

Jan 20, 2021
Texas’s Most Famous Historian Looks Back at His Own, Legendary Life