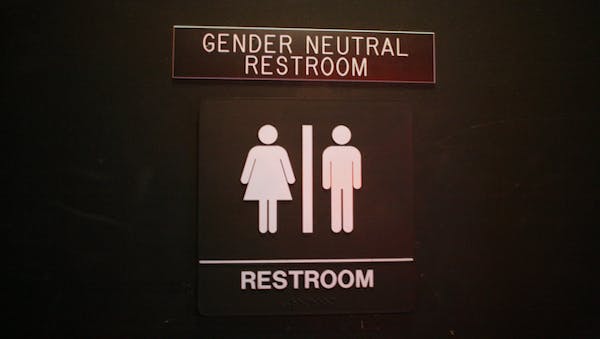 The Harris County State Representative wants to ensure that your DNA matches the gender designation for each bathroom before you go.

We invited four lawmakers who disagree vehemently on the subject and a couple of experts to keep things friendly. Pull up a chair for a round of table talk you won’t soon forget.

During the debate, Riddle invited Martinez-Fischer to work with her on her bill. But her press release takes an entirely different tone. Martinez-Fischer was totally polite in his debate dialogue with Riddle, saying he respected her as he respects all of his colleagues. Apparently there was some preliminary wordplay before…

The following legislation is Riddle’s HB 49 from the 2009 legislative session, which she referred to several times during her debate with Trey Martinez-Fisher. A BILL TO BE ENTITLED AN ACT relating to the creation of the offense of criminal trespass by illegal aliens and to certain procedures for arresting…

Riddle vs. Martinez-Fischer: the immigration debate

The following is my best effort at an accurate transcription of the debate that took place last night on Radio Station KRLD in Dallas. Scott Braddock moderated the debate. Braddock: (to Riddle) What do you want to see happen? Riddle: This is all about border security. The bill that I am working on is only about a page and a half, it is not identical, I would not even say it is similar to the Arizona bill. I think the folks in Arizona certainly have the right to protect their people any way that seems necessary. They certainly have a problem with violence, just as we do on our border here in Texas. Braddock: You say it’s not similar. What would your bill do? Riddle: It’s still very much a work in progress. Basically what it does is, in the event someone is stopped that law enforcement has reasonable suspicion or probable cause that a crime has been committed, and they have reason to believe that that person has entered the country illegally, then they can ask for status. It has to be very reasonable cause. I have used the example of an eighteen wheeler barreling down Interstate 45 at 90 miles an hour. Of course a police officer is going to stop that individual. If the individual driving doesn’t speak English, doesn’t have insurance, has no ID, doesn’t have a driver’s license, and hears noise in the back of that vehicle, and there’s 40 folks crammed back there, that’s probable cause, even that somebody is involved in human trafficking. Braddock: It seems like some kind of obvious violation. Representative Martinez-Fischer, tell me where you’re at on that. Martinez-Fischer: The beauty of what Debbie is speaking about is nobody has seen her legislation. I can’t give you a point-by-point criticism. All I’ve heard is that Debbie supports the Arizona legislation and she intends to file similar legislation in Texas. By virtue of the fact that Debbie is changing her idea is probably proof positive that it wouldn’t work well in Texas. Riddle: He could have read that legislation, I introduced it last session. People all over the state have seen what House Bill 49 looks like and have read it. I think that law enforcement already has this ability. That’s how they make crimes. That’s how they make arrests, is that there is a reasonable suspicion that somebody is out to do something illegal.

The Obama speech to school children

This is one of those flaps that is hard to believe. Conservatives are going nuts over Obama’s plan to speak to school kids urging them to stay in school. For sheer hysteria, it is hard to top Debbie Riddle’s letter to constituents: By now, most of you are aware that…

It’s Betty Brown. and (update) Doc Anderson Susan King Debbie Riddle Diana Maldonado The total number of pledges is now 111. I hope Straus understand that these are not written in stone.

The following is a release from Representative Debbie Riddle, concerning her appearance on the Ten Worst list. I will reserve my remarks until the end. Some responses have been updated with clarifying information. Dear Mr. Burka, Being named one of your Ten Worst Legislators has become a perennial cornerstone of my reelection campaign, but I prefer to receive this honor on my own merits and not as a result of shabby research and irresponsible reporting on the part of you and your staff. I would appreciate it if you would give me a chance to correct several errors you made in your story. To begin, I think it is well documented that the now infamous “Pit of Hell” monologue I delivered to the El Paso Times in 2003 was never a comment on the concept of free public education for citizens and legal residents, although the insistent prejudice of columnists like yourself who parrot rumors and innuendo rather than unbiased fact has certainly established it as such. Rather, that quote was a reaction to testimony from the Texas Department of Health regarding the cost of health care along the border as the result of illegal immigration. The comment was clearly applied only to those who were here illegally. That same session, in order to combat soaring costs to his local school districts, an El Paso representative filed legislation to deal with the fact that Mexican citizens were sending their children across the border every day to attend public schools in Texas. I do not recall your magazine placing him on the worst list then or even six years later. I also do not recall your magazine ever running an additional quote from me that was part of the same story in the Times: "In a perfect world, I think it would be wonderful to open our doors to any and all, young and old, for health care. But this isn't a perfect world. We have got to decide if we are going to just open our borders for any and all that come through for health care, education, and services.” Proper context is always difficult to achieve more than a half-decade after the fact. In the future, you might consider evaluating legislators based on things they said and did in their most recent session rather than relying on a spotty long-term memory. On second thought, given the fact that you were unable to accurately report on the events that took place this session, perhaps your long-term memory is not the issue. One of the reasons you rate me as among the ten worst legislators in the state is because you claim I shifted money from incarceration diversion programs to programs that “weren’t requested, such as $20 million for new cars for the Department of Public Safety.” If you disagree with the funding decision to give DPS the tools they need to do their job, that is a legitimate political viewpoint. However, there are two major errors in your claim. First, the funds for the cars were not shifted away from any program. The money my subcommittee spent on this item was a one-time expense from freed-up general revenue as a result of the federal stimulus money. It was one of the last things we funded, and even then only after we fully funded the diversion programs (the same ones you claim I shortchanged) at the levels they were appropriated last session. However, the more glaring error on your part is that those black-and-whites actually were requested by the DPS. In fact, it was one of their top exceptional items, and they backed this up in public testimony on more than one occasion. That leaves just two issues outstanding, one of which was my criticism of the journalist shield law. I cannot imagine why you, a member of the media, would be in favor of a measure that gives you a privilege that exceeds the privilege for attorneys, doctors, clergy, and spouses. All kidding aside, I expect the “giggling” of my colleagues regarding the shield law and the Pope was due to the absurdity of the fact that we would afford journalists more protection than we would his Holiness. Giggles or no, it is now a law in Texas. Finally, I am once again one of the Ten Worst Legislators in Texas because my vision is no longer sharp enough to differentiate between two colleagues who are consistently mistaken for one another from more than 100 feet away. I take it from this pettiness that you have no physical attributes yourself anyone has ever taken advantage of. I will make a mental note to myself in the future that eyesight is now synonymous with legislative ability. You and your colleagues should be congratulated for your magazine’s success and what it has accomplished as an entertainment periodical. If you wish to claim that you are true journalists, however, I suggest you consider holding yourself to the same standards of excellence to which you claim you hold the legislature. Partisanship and mean-spiritedness are two criterions you have always claimed to weigh against lawmakers. You might add “hypocrisy” to the list as well, if the irony is not too much to overcome. Sincerely, [My comments appear below]