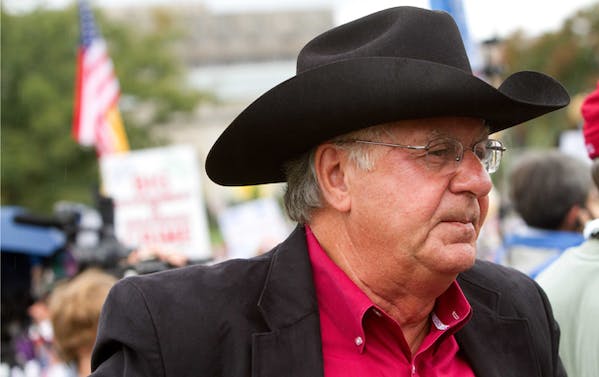 Armey, who has led FreedomWorks, one of the most influential tea party groups, since 2004, resigned Monday in an email.

Today is April 15, the filing deadline for income taxes. Conservatives are trying to organize protests against Obama's fiscal policies all around the country, known as Tea Parties. Rick Perry will attend three of the rallies. Dick Armey, the former House Majority leader, has an op-ed piece in the Atlanta Journal-Constitution today praising the tea party movement as the future of the conservative movement. Armey writes: Who is the leader of the conservative movement? Is it Michael Steele at the Republican National Committee, Alaska Gov. Sarah Palin, or even Rush Limbaugh? While they all may be movement leaders, today grass-roots activists across the country will answer the question —- the taxpayer tea party is the movement’s leader. The tea parties are the shot across the bow as taxpayers defend themselves against out-of-control government spending. Small-government conservatives felt let down as they watched Congress go on a spending binge and President George W. Bush justify his Wall Street and auto bailouts by saying, “I chucked aside my free-market principles.” Then President Barack Obama called for his $1 trillion debt stimulus, followed by a $275 billion mortgage bailout. CNBC’s Rick Santelli had enough and called for a “Chicago Tea Party,” inspiring folks to do the same in their communities. Frustrated Americans began taking their grievances to the streets and the tea party movement was born. Just as the original Boston Tea Party was a grass-roots rebellion against overbearing government, tea party participants are reacting to government that has grown too large.... Rick Perry has gotten out in front of the Tea Party movement. He has a YouTube video that touts the protests. This is the text:

Perry: “Some within our midst … want to chart a course that is Democrat Lite”

In case you think the governor is running for reelection just to keep from being a lame duck, you might want to read this letter that went out to supporters: Message from Texas Gov. Rick Perry: We have only begun to fight Dear Friend, While I was certainly disappointed by…

An Armey of opposition to the House majority leader; a spirited response to a Christian’s plea for understanding.

The man of the House.