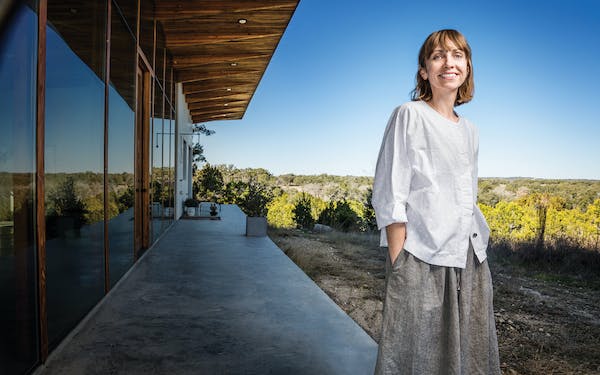 We talked to a number of people who’ve left the city behind—and aren’t looking back. 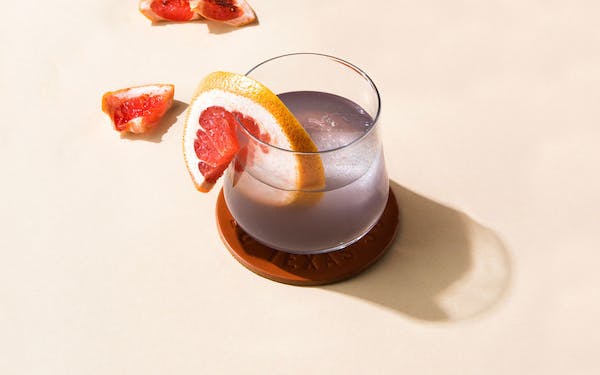 Despite its rich Texas history, sotol is a little-known spirit. The men behind new Driftwood distillery Desert Door want to change that. 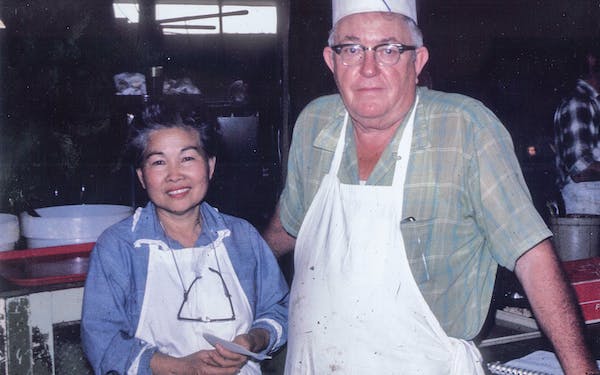 Along with her husband, Thurman, the Hawaii native created a Texas barbecue institution more than 50 years ago. 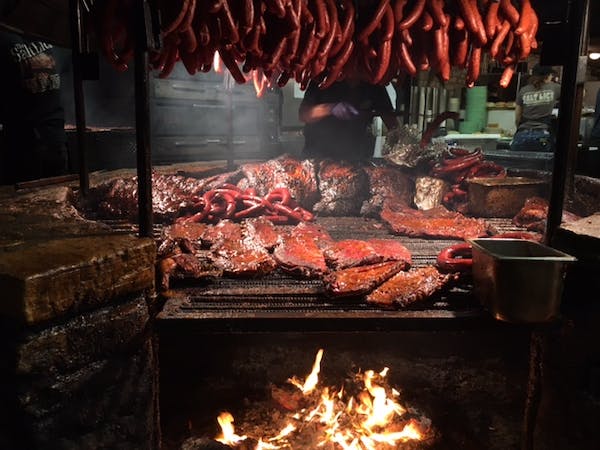 The image above is probably the most well-known in Texas barbecue. A photo of, or with, the iconic pit at the Salt Lick is on par with braking for our state’s bluebonnets along the highway. This particular photo fetched me nearly 3,000 likes on Instagram. My best image of a Franklin… 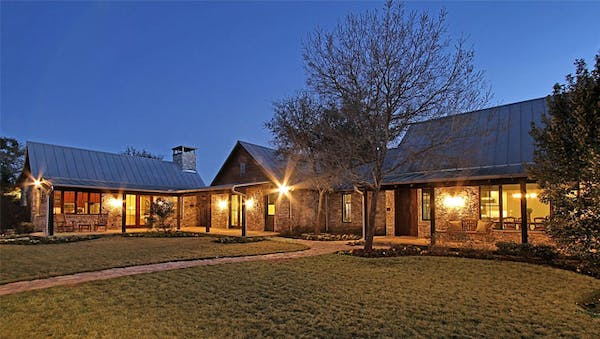 One of the state's oldest and most respected wineries embarks on a new beginning with a second Hill Country location.

Where You Should Be Eating Right Now: Our Picks For the Dozen Best New Restaurants in Texas

Once a year, I sort through my dining notes and come up with a list of my favorite dining spots of roughly the past twelve months. We modestly call the resulting story, traditionally published in February, “Where To Eat Now.” On its face, it is an honor roll of… 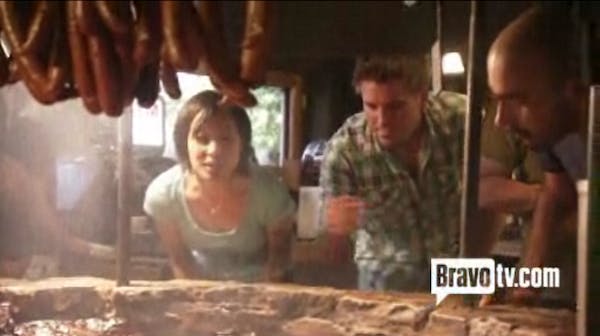 The “cheftestants” use the pits at the Salt Lick to smoke meat, much to the delight (and horror) of local barbecue aficionados.

You can’t talk about great Texas barbecue without mentioning Driftwood’s most famous barbecue joint of all time – The Salt Lick Bar-B-Que. Through the years this Central Texas haunt has gained both fame and popularity for its delicious barbecue meats – well known for their preparation…

I’ve often thought that the Salt Lick is a joint that serves very respectable smoked meat, and is vastly overrated at the same time. The wait for a table on this sprawling campus of barbecue can exceed and hour, but no worries as you can enjoy drinks…

Editor's Note: The Texas Monthly BBQ Festival is almost here! Each day until then, we’ll be talking to one of the featured pitmasters, with questions from TM staffers, esteemed BBQ experts, Twitter followers and you, the readers of this blog. Today we're featuring Scott Roberts, "north of 55," of The Salt Lick Bar-B-Que in Driftwood. For more info, visit their page on TMBBQ.com. Photo courtesy of Salt Lick What is the heat source you use for your barbecue? Live oak. We only use live oak. We use live oak because the oak families are one of the indigenous and heaviest woods in Texas. It’s very heavy and dense. And when it burns, it burns very clean. Very fine ash, very fine smoke. It doesn’t float up and get on the meat and make it gritty, and the smoke gets a lot finer and penetrates the meat better. It’s not bitter. Some woods can be bitter, like green mesquite, but live oak doesn’t ever do that. It adds smoked flavor to the meat, but doesn’t overpower it. It allows both flavors to become one. Where did you learn your barbecue craft from? My family came here from the Southeast. When they came here, they were in wagons, and they barbecued when they were in wagons. That style and those recipes they had on the wagon were handed down from generation to generation to my father, and my father taught them to me. That’s where our open pit comes from. They did not have these closed smokers that you see today because, like my father said, the wagon did not have bumper hitches to haul these closed smokers around. They did all their stuff on open grills. So they would sear their meat on one end of the fire, move it away from the fire, and throw coals underneath, and slow smoke them. And if the wind blew you too much in one direction or the other, they would be burnt around the edge. So when you come into Salt Lick that’s what you see. It’s a deeper flavor that you can’t get from closed smokers. Watching your father do that when you were younger, did you know that you wanted to go into that food direction? It was very enjoyable. Having the fire and the smoke and the meat, and then it all comes together through your efforts. It was very enjoyable, but I really did not know the technicalities of what it would mean. What were the barbecue plates you would eat growing up? I started out loving the pork ribs the most. And then it was brisket, and then I got a love for sausage. So, my favorite plate is our combination plate which is pork ribs, beef brisket, and our sausage. What’s your signature meat? The signature meat to me is pork ribs, but the signature meat to a lot of other people is the brisket. We’re getting a whole lot of compliments on the turkey. The signature meat here is that we have a variety of meat. We work real hard to make sure each one of them is our interpretation of the best they can be and then people will get what they want. Honestly there’s a lot of people that love the turkey. A lot of people who love the ribs. A lot of people love the brisket.

Sip a little here, nosh a little there, and fall in love with Texas wineries.

The Salt Lick is renowned throughout Texas, and holds a special place in the heart of BBQ fanatics. Many recent reviews have decried the demise of this mecca of Texas BBQ claiming that it’s all about atmosphere, and not enough about what’s in the pits. The setting alone may be… 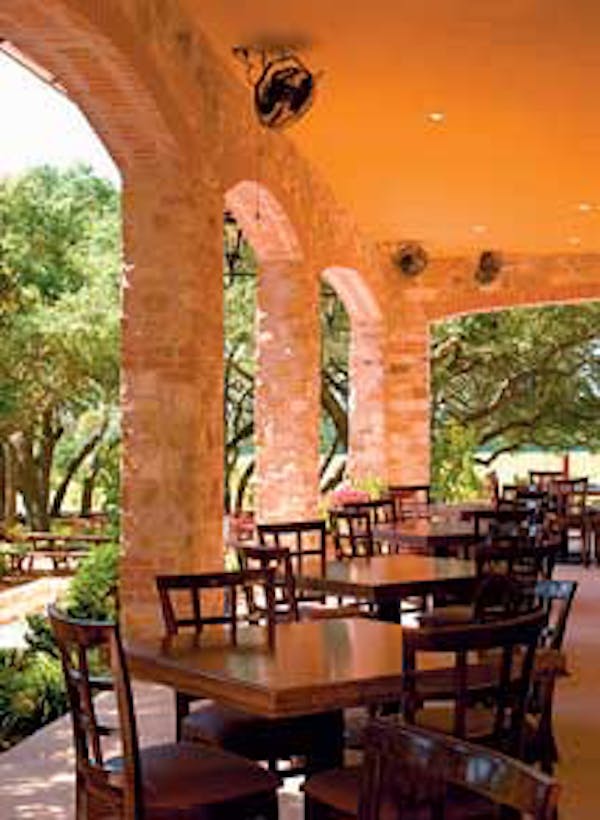 As one of the country’s top photographers, he’s captured on film hundreds if not thousands of people over the past quarter of a century. These ten portraits have never before been seen, but they’re among his favorites. Ours too.