In the Washington Times, Governor Perry joins Michelle Bachmann and other Republicans in blasting the U.S. Attorney General over the “Fast and Furious” gun tracking program. 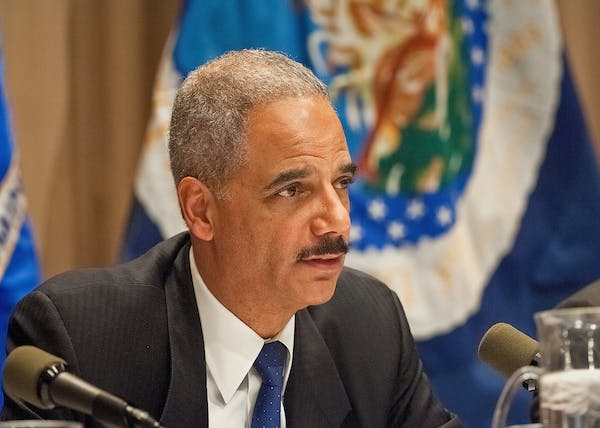 And now a discussion that really matters

President Obama, his administration, and Attorney General Eric Holder, have come under heavy attack from critics who say that trying Guantanamo terrorists in federal court opens the door to all sorts of mischief -- in particular, allowing terrorists the right to demand access to classified information and to seek the shelter of rights that are available to criminal defendants, including Miranda warnings and constitutional rules about the admissability of evidence. Conservative blogs like powerlineblog.com have been particularly outspoken in their opposition to Holder's decision. Like many Americans, I felt that the Bush administration did great harm to America's reputation by stretching, if not exceeding, the legal limits of presidential authority in using waterboarding, domestic surveillance of American citizens, and unlimited detentions in secret foreign prisons. But, as a lawyer, I was concerned that dealing with the nation's enemies in the federal judicial system risked not only turning trials into circuses but also could compromise national security through forced disclosure of sensitive information. It was with particular interest, then, that I read an op-ed piece in today's Washington Post co-authored by two former officials in the Bush Justice department, Jim Comey and Jack Goldsmith. Comey was Deputy Attorney General under AG John Ashcroft, and Goldsmith was director of the Office of Legal Counsel and worked to overturn overly broad legal opinions (some of which may have been written by John Yoo, an unapologetic advocate of expansive executive authority in wartime). Goldsmith was a key player in a famous incident during the Bush years, when he raced to Ashcroft's hospital room upon hearing that Alberto Gonzales and Andy Card were trying to get the ailing Ashcroft to reauthorize a warrantless wiretap program before it expired. They were successful, and I remember seeing Goldsmith on a Bill Moyers' PBS broadcast after he left the Justice Department. Goldsmith has written a book called The Terrorist Presidency, which I own and have read, but it was something of a disappointment, as he really didn't have his heart in outing the excesses of his former colleagues. The op-ed piece, from which I will quote, enters the debate over whether the Khalid Shiek Mohammed and his fellow defendants should be prosecuted in civilian or military courts. Goldsmith and Comer argue that the hullabaloo over which system is better exaggerates the differences between the two systems, and that there are advantages and disadvantages to each. I might also add that Secretary of Defense Robert Gates' silence on the subject is an indication that the issue is not as critical as Obama's critics would like to make it.