John Carona’s Political Past and Future

The state senator from Dallas has a history of bi-partisanship deal-making, and he could be an attractive candidate for higher office in the coming years. 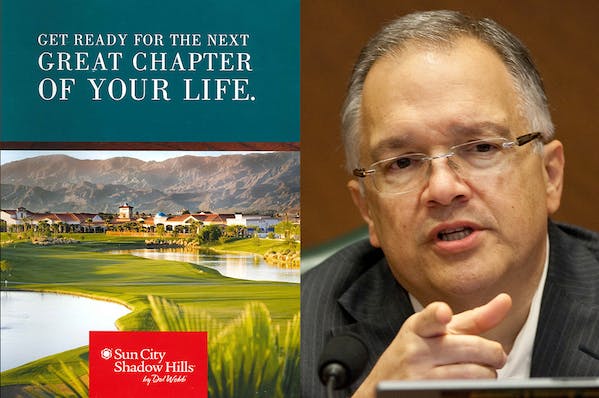 In certain neighborhoods, residents must join homeowners associations, and pay them high dues and abide by strict rules. Breaking these rules can result in severe consequences, and in some extreme cases, foreclosure. How did it get like this? 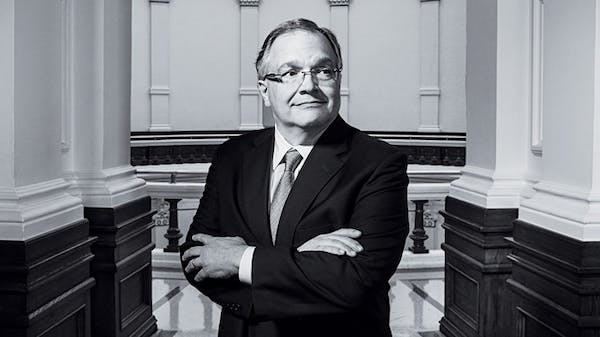 John Carona is a state senator from Dallas who chairs the Business and Commerce Committee. He’s also the CEO of the country’s largest homeowners’ association management company. And the word “recusal” isn’t in his vocabulary. 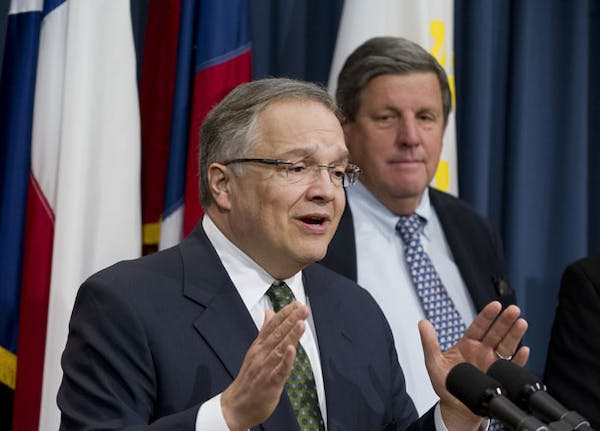 After more than a dozen amendments toughening regulations on short-term lenders were added to Sen. John Carona's payday lending bill, he referred to his legislation as an "ugly baby" before it passed out of the Senate. But can it make it out of the House? 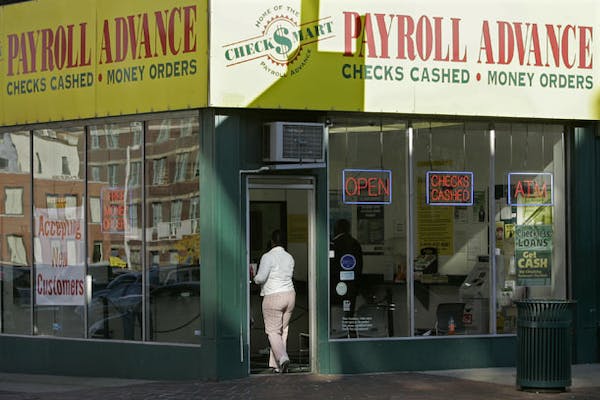 A Floor Fight Over Payday Lending

Sen. John Carona found his payday lending bill met with more opposition on the Senate floor than he had anticipated Thursday, prompting him to suggest that lobbyists were exercising undue influence over some of his colleagues. 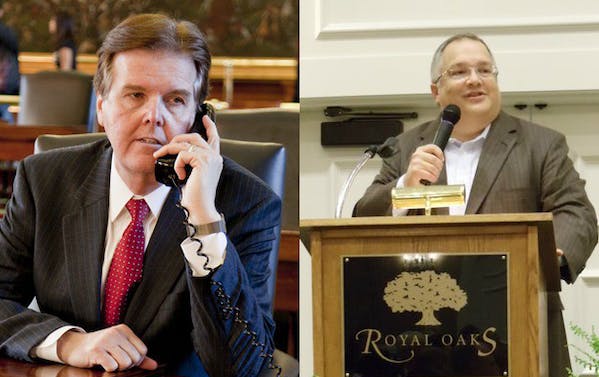 Does Dewhurst have a future as lieutenant governor?

Senate Republicans continue to have conversations about what to do in the event that (a) Dewhurst resigns his office to run for the Senate, or (b) opts to run for lieutenant governor again. The GOP caucus has three factions. The lines are not set in stone, and, depending on the situation, members can move from one faction to the other and back again. First you have the radical right: Williams, Fraser, Patrick, Estes. This is the group that is most outspoken on the subject of having the caucus choose one candidate to succeed Dewhurst and voting as a unit to impose that candidate on the Democrats. Others who are ideologically compatible with this group--Nelson and Ogden, to name two--have their own ambitions and are not necessarily aligned with their ideological allies. The second identifiable group is the moderates: Averitt, Carona, Duncan, Eltife, Jackson, Seliger, Wentworth. Carona has been out front for this bunch, arguing that Republicans should keep their powder dry and not commit to anyone at this early stage of the game. He makes no secret that he would like to serve as interim lieutenant governor. The third group can best be described as the undecideds. They don't want to see a repeat of what happened in 2000 after then-lite gov Perry succeeded Bush as governor: a moderate R, Bill Ratliff, garnered enough Democratic support to get elected. Neither are they comfortable with the radicals who propose to run the Senate out of the Republican caucus, transforming the Senate into a body that operates along partisan lines. This group includes Deuell, Hegar, Huffmann, Harris, Nelson, Nichols, and Ogden. Nelson could emerge from this group as a contender for light gov. Ogden's future is uncertain. He has previously said that he would make an announcement this summer about whether he will seek another term; for the moment, Dan Gattis is campaigning vigorously in Brazos County to succeed him. If Dewhurst resigns, or does not file for reelection, Ogden would surely leave, as he could not count on being chairman of Finance under a different lite gov.

Sen. John Carona’s statement earlier today questioned an amendment to the TxDOT sunset bill advocated by Sen. Juan Hinojosa. Hinojosa has released to the Senate (and public) a letter in response to Carona. “My amendment to HB 300 contains the entirety of SB 1572, a bill I authored in response…

Here is the statement his office released today: Why I Will Filibuster the TxDOT Sunset Bill, by Senator John Carona There is an old Italian saying:  Dai nemici mi guardo io, dagli amici mi guardi Iddio. It means "I can protect myself from my enemies; may God protect me from my friends!" It's no secret by now that the conference committee report contents were not what I was led to believe, and that the report was signed and filed before I was ever shown the decisions. What we have is a deal negotiated in bad faith. I can handle the personal and professional insult involved; after all, there is another Italian saying: Quando finisce la partita, i pedoni, le torri, i cavalli, i vescovi, i due re e le due regine tutti vanno nello stesso scatolo. When the chess game is over, the pawns, rooks, knights, bishops, kings, and queens all go back into the same box. We will recover and work together again, and the Senate will survive. Unfortunately, the practical effects of HB 300 for Texas transportation are negative and still must be addressed. For example, in the absence of the Local Option Transportation Act, other provisions included in either the House or Senate bill but discarded by conferees such as Local Participation take on new importance and should have been adopted. Had I known LOTA would be stripped, I would have pressed that point.

Sen. John Carona tells us he believes he’s resolved constitutional questions about his local option highway funding bill and will win final Senate passage on Tuesday — though he acknowledges he expects Gov. Rick Perry to “do everything he can to derail the bill” as it moves through the House.

Every legislative session seems to have its own personality — and lingo. The 81st will no doubt go down as the session of “these tough economic times” and “dire prediction.”  For today’s dire prediction, Sen. John Carona served up the nightmare de jure that the state’s highway fund will be…

The local option transit tax: what it’s all about

I'm intrigued by SB 855, John Carona's local option tax legislation to fund transportation improvements in the Dallas-Fort Worth region. Austin, San Antonio, and El Paso have also attached themselves to the bill. It would seem that such a bill--a tax increase! and new fees!--wouldn't have much of a chance in a Republican legislature, not to mention a Grover Norquist disciple in the governor's office--and indeed the Texas Public Policy Foundation opposes the bill. But the odds are that the bill will become law, and the reasons why explain a lot about how power works in the Texas Capitol. One of the ways power works in the Texas Capitol is that not all power originates in the Texas Capitol. This bill is sought by the business communities in Dallas and Fort Worth. The Dallas Morning News is doing the cheerleading against "job-killing" congestion. The real power in this state is the big-city business establishments. Always have has been, always will be. The Republican base will hate this bill, but they're no match for the money. First, let's hear from Senator Carona. This is his statement of intent in the bill analysis: The major urban areas in Texas face tremendous challenges with regard to funding of transportation and mobility infrastructure projects. Billions of dollars are needed to fund new, already identified highway and roadway projects, safety improvement projects, and bridges and mass transit systems such as passenger rail systems. New funding tools are needed to address these challenges, including tools for local government entities, which have transportation infrastructure obligations and responsibilities. One such tool would be the ability to raise funds through fee assessments or fee increases authorized by voter approval. However, under current law, counties, which would conduct the elections involving such measures, do not have the mechanism to call for a countywide election on the issue of fee increases. C.S.S.B. 855 provides for local options regarding mobility improvement projects in certain counties and municipalities. Here are the revenue sources contemplated by the bill:

Sen. John Carona’s SJR 8, which allows the gas tax to be indexed to the rate of inflation, is traveling in the fast lane (is there such a thing as too many traffic metaphors?) since Lt. Gov. David Dewhurst referred it to Carona’s own Transportation Committee, instead of the not-so-friendly…

In an interview with the Dallas Morning News this week, Gov. Rick Perry advocated an end to all diversions of gas tax money from the Highway Fund, which is used primarily to finance road construction. But two key senators believe the current budget estimates make that highly unlikely…

Burka and Eileen preview the legislative sunset: How does an agency “misplace” $1 billion? Or lose one-third of its criminal files? Or let the governor’s mansion get torched? Or screw Texas homeowners? Don’t get mad, get even. Honorably mentioned: Steve Ogden, Lois Kolkhorst, John Carona, and Wayne Smith. Not so…