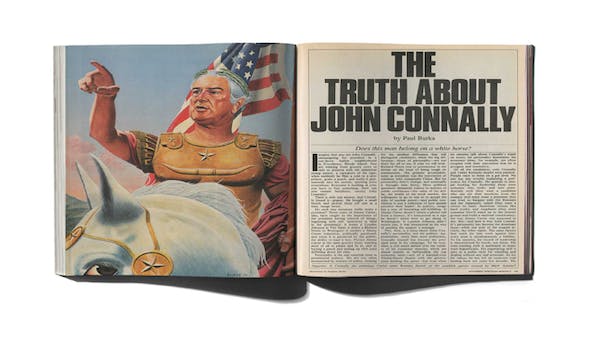 The Importance of Being John Connally

A look at one of Texas's most powerful governors running hard for president. It's like deja vu all over again. 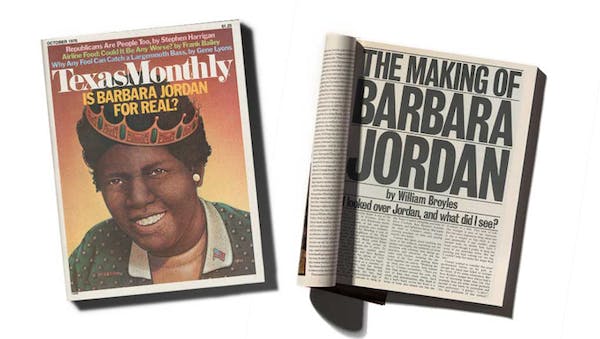 A look back at the career of one of Texas's most remarkable politicians. 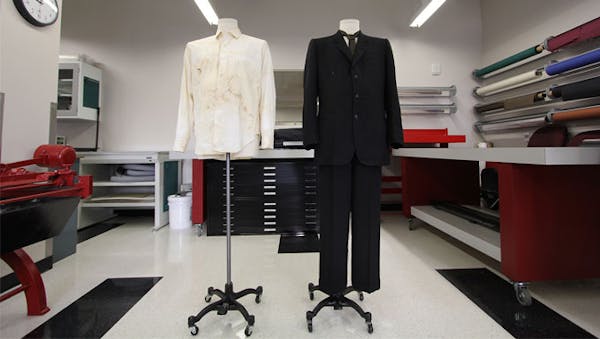 An exhibit opening next Tuesday include an aerial photograph detailing Oswald’s escape route and the 25-page Dallas Police Department inventory of items taken from Oswald after his arrest. But the centerpiece of show is something much more morbid. 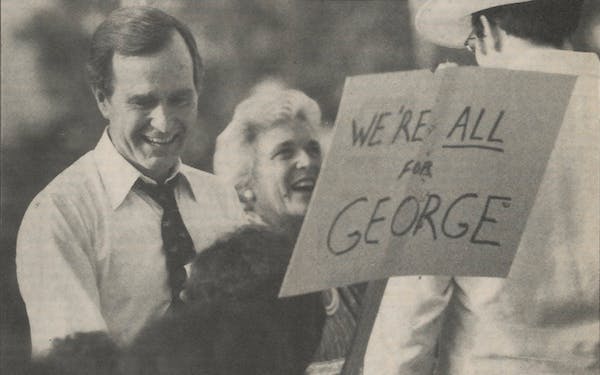 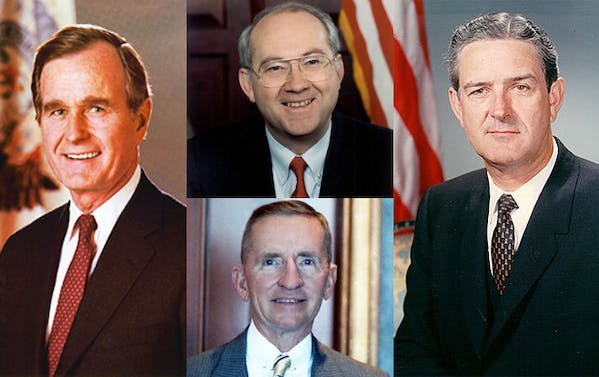 Texans Are Not Sore Losers

Other presidential hopefuls from Texas have gracefully exited the stage when their time was over.

At what age was Leon Jaworski the youngest lawyer in the history of Texas?

The late governor’s time in office is more memorable for what didn’t happen than for what did.

Ben Barnes weighs in on JFK’s trip to Texas

The former lieutenant governor called to say that the reason for Kennedy’s trip to Texas in November 1963 was not because he was worried about the feud between U.S. Senator Ralph Yarborough and Governor John Connally, or Don Yarborough’s role in it. Rather — and he says he was involved…

This writeup was sent by one of his daughters, Sophie Yarborough. According to Ms. Yarborough, her father is gravely ill. I will request that commenters show proper respect in posting their remarks. Donald Howard Yarborough, who ran for governor of Texas three times and helped mobilize the progressive Democratic movement in Texas against the conservative big-oil factions that had so long dominated the state, was born in New Orleans on Dec. 15, 1925. He is the key reason that JFK flew down to Dallas that fateful day [November 22, 1963], because Don's campaign against Governor John Connally posed a very real threat to the conservative democrats in Texas at the time, and Don was running against conservative John Connally (who later switched to the Republican party in his bid for president), whereas Don was a true-blue liberal championing civil rights, women's equality and all of the most progressive policies of the time. He did not win, but he made a lasting impact on the state's politics that continues to ripple to this day. He is survived by his wife of 25 years, Charity O'Connell Yarborough. Don was married three times, first to Trin (Kay K.) Edwards Yarborough, and they had four children together: Inez VanderBurg, Francey Yarborough-Knotts, Leverett Yarborough and Sophie Yarborough. Then to Gail Lind, and they had one child: Daniel Yarborough. His current wife of 25 years is Charity O'Connell Yarborough, and they had two children: Donald Patrick Arthur "Patrick'' Yarborough and Mollie O'Connell Yarborough. He has four grandchildren: Madeleine de Vise, Donovan De Vise, Grace VanderBurg, and Rose VanderBurg. Don's father was the president of a bank in New Orleans that went bust in the Great Depression, so Don was sent temporarily to spend part of his boyhood living with an aunt in Mississippi, where he helped out picking cotton in the fields of his family's farm with the laborers, which contributed to his lifelong compassion for the underprivileged and disempowered. His father eventually got a job with the government and moved the family at one point to Washington, D.C, where they lived near the zoo on Macomb Avenue in Woodley Park. His family also spent time during the years after the Depression living with relatives in Coral Gables, Florida. The family eventually moved together to Houston when Don was 12. Upon graduating from San Jacinto High School at 17, he enlisted in the U.S. Marine Corps, entering officer's training school and becoming, at the age of 19, one of the youngest Company Commanders in the history of the Marines. He served one year in China at the close of World War II. After the war, Don entered the University of Texas, where he belonged to Kappa Alpha fraternity, and worked part-time to supplement the money he received under the G.I. bill. He earned his law degree in 1950. 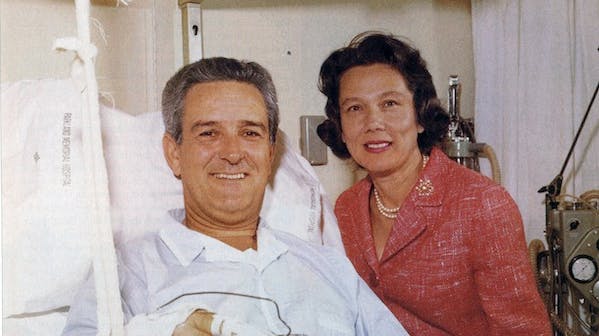 For forty years Nellie Connally has been talking about that day, when she was in that car and saw that tragedy unfold. She's still talking—and now she's writing too. 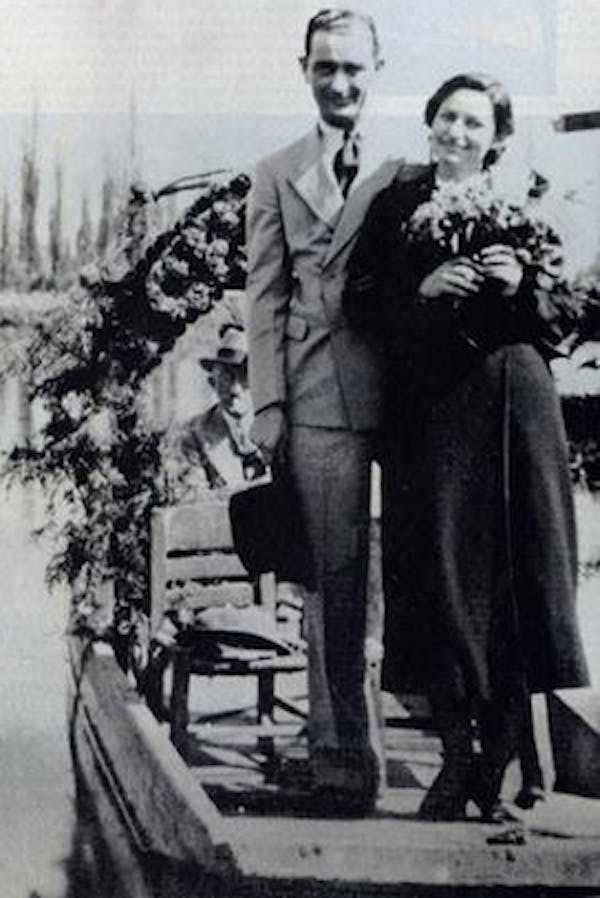 No one denies that there was love at the center of Lady Bird Johnson’s marriage to LBJ. But like Hillary Clinton, she endured quite a bit, spousally speaking, as her husband’s star was on the rise.

From Lee Otis Johnson’s arrest to Ben Barnes’s ascent, 1968 was a hell of a year in Texas.

Texas Primer Who’s been on our cover the most times? Ross is boss.

Who killed the Texas Democratic party?

AT LEAST DAN MORALES knew that the mere proclamation he was going to have a press conference was not likely to stop the world in its tracks. The night before and all that morning, some supporters, as well as the attorney general himself, were busy calling around to say that…

In a chilling excerpt from his autobiography, the late John Connally offers his close-up account of the Kennedy assassination. 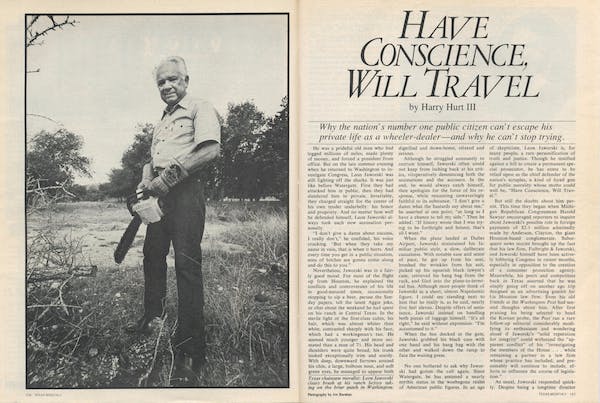 Have Conscience, Will Travel

Leon Jaworski is cleaning up again. 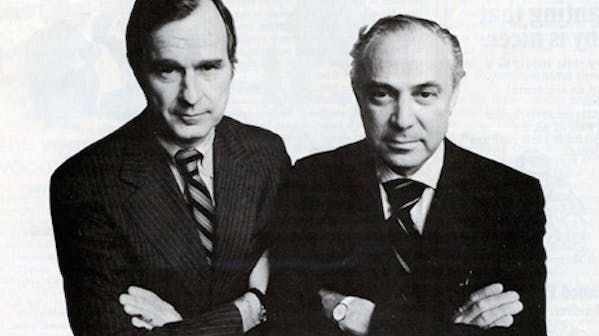 Bob and George Go to Washington or The Post-Watergate Scramble

The GOP and Democratic chairmen are both from Texas. Right there the similarity ends, or begins, no, ends.