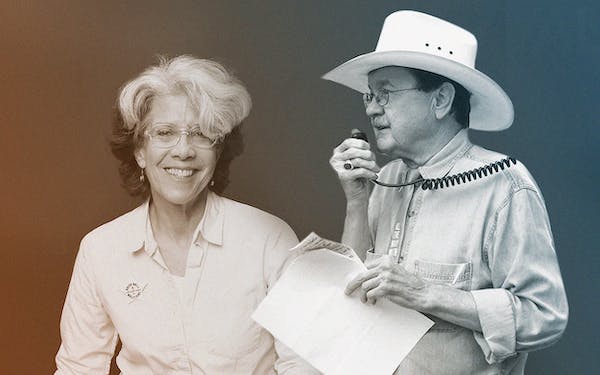 On this week’s National Podcast of Texas, a conversation about ’Raise Hell: The Life and Times of Molly Ivins’ with filmmaker Engel and former Texas agriculture commissioner Jim Hightower. 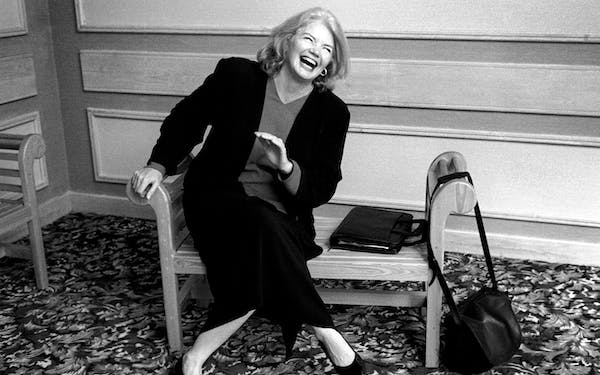 The director of a new documentary on the inimitable Texas political columnist says there’s much to be learned from her legacy. 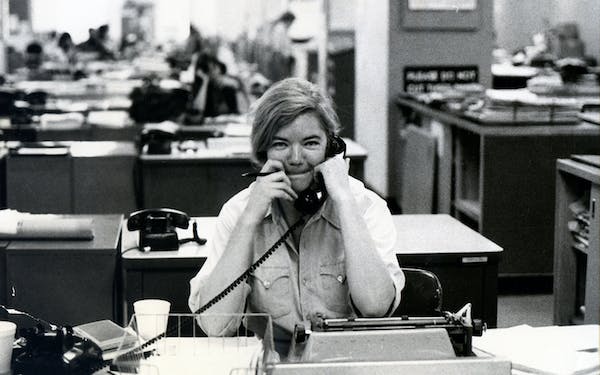 ’Raise Hell,’ which screens at SXSW, introduces the legendary Texas political commentator and humorist to the internet generation.

Charlie served his district and his state well, and he never tried to hide his shortcomings, and he was a good friend. A lot of people would settle for that as an epitaph.

The Rehabilitation of Charlie Wilson

It happened in twelve steps, which is not surprising, given the legendary Lufkin lawmaker’s history with booze, broads, and bad behavior. For now, at least, it's taking.

All the papers are running stories today about the upcoming Republican debate at the Reagan Library, which will be Perry's first test. What kind of a debater is he? He was involved in debates against Tony Sanchez in 2002, against Chris Bell, Carole Strayhorn, and Kinky Friedman in 2006, and Kay Bailey Hutchison and Debra Medina in 2010. He refused to debate Bill White in 2010. I was on the panel in 2002. The Trans-Texas corridor had not yet become controversial. I asked, shouldn't we be focusing on the cities, not on new rural highways? The congestion is in the cities. Sanchez agreed. Perry didn't. In general, it was an uninspired debate, and I have very little recollection of it. Here is the late Molly Ivins' report on the 2006 debate: I sacrificed an hour Friday evening to watch the Texas gubernatorial debate on your behalf, since I knew none of you would do it. Democrat Chris Bell looked and sounded like the only candidate who won't embarrass the state -- he was intelligent, well informed and even funny. But the question remains: Can Texas afford to lose that hair? The Coiffure was in his usual form. As one opponent after another attacked his record, Gov. Rick Perry stood there proudly behind that 35 percent voter support he has so richly earned and simply disagreed. The Coiffure seemed to consider blanket denials a fully sufficient and adequate response. At one point, the debate actually became more interesting, as a panel of reporters with Belo Corp. changed formats. Doing a quick pop quiz, they asked independent candidate Carole Keeton Strayhorn who won the election in Mexico. She informed us the winner had won by a narrow margin, and she is ready to work with him. They asked Goodhair the interest rate on a home mortgage. He said 5.9 percent, and it is 6.4 percent (I don't think I would have known that, either). Independent candidate Kinky Friedman didn't even try to guess the average cost of a year's tuition at the University of Texas ($7,630). They asked Bell when the battle of the Alamo was fought. He correctly answered 1836. One overall impression: It seems to me both Strayhorn and Friedman damaged themselves. Lots of people are voting for Kinky for the fun of it, but the thin-skinned Texas Jew reacted badly to questions about his recent racist remarks. He first became defensive and then petulant -- sort of, if you can't take a joke, to hell with you. The politically incorrect humor didn't work because it wasn't funny ... in fact, it was painfully bad. Strayhorn seemed over-prepped and over-amped. As Texas political guru Bob Armstrong said, she talked 40 mph, with gusts up to 70. So that leaves us with two Protestant white guys again. Just FYI, the percentage of minority citizens working for the state government has gone down steadily since Ann Richards. Rick Perry and Chris Bell: Compare and contrast. Rick Perry has really good hair. Chris Bell has everything else. Obviously, you think my prejudices are showing here, but others who reported on the debate, while often taking shelter behind the "no major blows landed" dodge, rather clearly thought Bell had done best, even if Perry won on the politics of it by not actually saying anything totally idiotic. According to the post-debate "fact check" article in the Dallas Morning News, Perry claimed he had pushed a tax bill through the Legislature "lowering property taxes by a record amount." He didn't mention that the bill is not a tax cut, it's a tax-swap -- it didn't lower taxes, it just moved them over to business and smokers. He also claimed teachers could get a $12,000 raise under his school plan. Actually, the pay raise for teachers is $2,000 across the board, with the stated recommendation to the school districts that they add merit pay raises between $3,000 and $10,000. That's some mighty fancy slicing and dicing there. Bell picked up a $1 million pledge that night from John O'Quinn, the Houston trial lawyer. The trial lawyers have almost blown a good shot here -- all it takes is one more vote than 36 percent, there is no run-off, this is winner-take-all, sudden death. Polls show two out of three Texas voters ready to vote against Perry. The Democrats have a base vote around 40 percent. I think it would be a real tragedy to throw this one away, and you know what is tripping us up? We think we can't win. We're in a real "why try, why work, why contribute?" spiral, believing our guy doesn't have a chance. Nonsense. You couldn't ask for an easier win. The following is was my report on the 06 debate. There was some controversy about the date; it was held on a Friday night, when many Texans were attending high school football games, and therefore was perceived as being much to Perry's advantage: If he made a gaffe, or one of his opponents performed well, few would see it. * * * * Rick Perry won the debate. A debate is not like a track event; the constestants do not share the same starting position. Perry went into the debate as the clear frontrunner and, while he took some punches, he did nothing that would lose votes. He had only one rough moment, and that was his response to an e-mail asking why the public had never been allowed to vote on the Trans-Texas Corridor. Perry answered that they had voted on a portion of the plan. That's a stretch. They voted for a constitutional amendment creating a mobility fund, not on the gigantic plan for toll roads everywhere. His response to charges that he had taken large contributions from involved parties--that his campaign transactions were transparent--was true but not on point. That was the one moment in the debate when he looked off his game; his eyes were moving around, as if he was looking for the exit. Which, as it turned out, he was.

“The newspaper business? I don’t mind being in a dying industry, but it really pisses me off to be in one that’s committing suicide.”

The book (make that books) on George W. Bush.

When you listen to Jim Hightower’s talk radio show, that’s the question you inevitably ask—about him, the medium, and Texas liberalism.