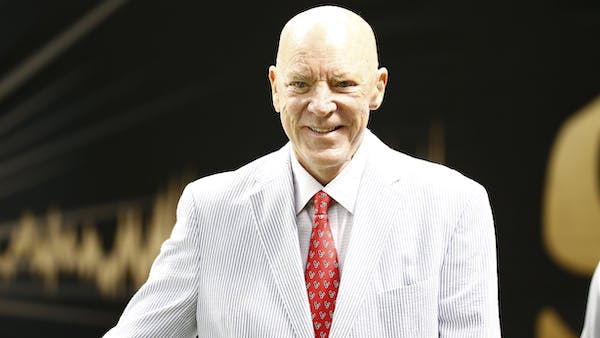 By the looks of it, McNair is more concerned with political influence than a winning team.

The Gallup Poll: Is Texas Blue?

The Gallup organization released a nationwide poll last week showing the partisan preference in every state. The daily tracking poll, conducted during the election campaign, sampled 19,415 adult Texans concerning their self-identification by political party and found that 43.4% identified themselves as Democrats compared to 41.0% who identified themselves as Republicans. Do I find the results credible? To some extent, yes. There is no shortage of evidence of a Democratic trend: the Democrats' sweep of Dallas County offices in 2006; similar. but less, success in Harris County this year; and the huge turnout for the 2008 presidential primary. But I question the accuracy of a poll about party identification that is based upon interviews with adults, period. Not likely voters. Not registered voters. No effort was made to screen the sample. In any case, the Democrats' problems are manifest: They can't win an election above the local level. They can't win a statewide race; they can't even win a contested congressional race. It really doesn't matter what people's political leanings are. If those leanings don't translate into votes cast and elections won, they don't count. In the Gallup poll, Oklahoma was bluer than Texas. Democrats hold a six-point lead there over Republicans in party ID. But John McCain carried every county. According to Gallup, Georgia also computes as a blue state. The Democrats didn't come close to winning the U.S. Senate seat that was contested there. This is the biggest problem the Democrats have: How do they turn party ID into votes? I have had some long conversations with a semi-retired Democratic strategist (as well as with some Democratic politicians). His view is that the Democrats are nowhere close to being an effective political party. They don't have the fundraising base to compete with Republicans. They don't have the consultant talent to compete with Republicans. They don't have a bench of candidates who can compete with Republicans at the statewide level. The Republicans are low-hanging fruit, but the Democrats don't have the party infrastructure that can take advantage of the GOP's failure to govern the state. Will Rogers said it some 70 years ago: "I belong to no organized political party. I'm a Democrat." The strategist pointed out to me that the Republicans will probably raise and spend $100 million in the next election cycle. This includes the contested gubernatorial primary, the general election, and possibly a U.S. Senate special election, plus the other statewide and legislative races. That kind of money brings out voters. How can the Democrats match that? They can't. The Democrats do not have the ability to fund statewide races and legislative races at the same time. Yes, they have developed some new fundraising sources. But they are still far behind in the statewide races. This creates a dilemma. What should they do with their limited resources? Try to elect a governor? Try for seats on the Legislative Redistricting Board? Focus on the top of the ballot or the bottom? The money goes further at the bottom, but the credibility of the party can be restored only by winning at the top. The Democratic political operation in Texas is not without talent. It's without direction. It's without coordination. There plenty of wannabes, but no game plan. You have the House Democratic Campaign Committee, the Lone Star Project out of D.C., the trial lawyers, Annie's List, and lesser fiefdoms. Things slip through the cracks. Chris Harris should have been challenged for his Senate seat. Linda Harper-Brown should have been defeated. The Democrats need--you're not going to like this--a Karl Rove. (And before Rove there was Norm Newton and the Associated Republicans of Texas. Look what Rove was able to do for the Republican party in Texas. Look at what Eppstein was able to do in getting Republicans elected to the Legislature. You have to have people who are willing to spend full time on politics--not just on their clients, and not on lobbying, but thinking about the next election and how to win it. That's what Rove did in the late eighties and the nineties. That is what Jack Martin did when he was Lloyd Bentsen's chief operative, before he formed Public Strategies. The 1982 election, in which Bentsen was reelected, Bill Clements was swept out of the governor's office, and Democrats won up and down the ballot even as Ronald Reagan occupied the White House, is the model for a coordinated campaign. Until the Democrats treat politics as a business that requires an effective organization and an effective message, they are not going to fulfill the high expectations of their base. The Republican policies of the past six years should have been a gold mine for opposition research, but the Democrats have no message machinery. When Karen Hughes was at the state Republican Party, she chipped away at the Democrats every day. The rest of this post is strictly for political junkies.

If you want to understand the shift in political power that has taken place in Texas over the past thirty years—from rural areas to the new suburbs, from Democratic control to Republican dominance—you'll hardly find a better case study than Tom DeLay's Sugar Land.

Is Kay Bailey Hutchison plotting a run for Governor? And other questions about Texas politics in the new millennium.

Is the most outspoken member of the State Board of Education a selfless public servant or simply a prima Donna?

By trying to have it both ways in the coup against Newt Gingrich, Dick Armey hurt the Republican party—and himself. 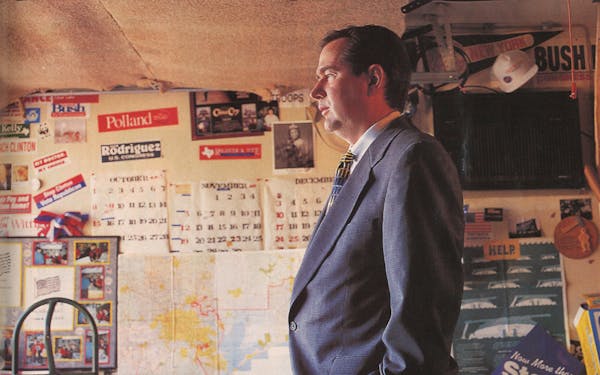 Steve Stockman was supposed to have been a lethal weapon in the Republicans’ fight to unmake the Great Society. Instead the freshman legislator has been a loose cannon—an outsider in his own party.